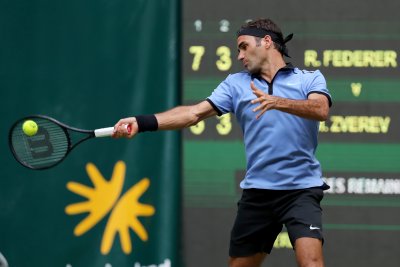 Sports News // 3 years ago
Roger Federer continues dominating play in Halle
Top-seeded Roger Federer overcame a stern challenge from Mischa Zverev on Thursday before recording a 7-6 (4), 6-4 victory in a second-round match at the ATP Gerry Weber Open in Halle, Germany. 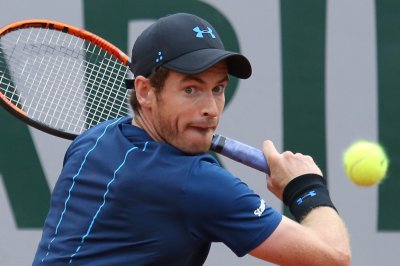 Tennis // 4 years ago
No. 1 seed Andy Murray shocked in fourth round of Australian Open
Mischa Zverev of Germany, the world's 50th-ranked player, pulled off the second monumental upset at the Australian Open in three days, stunning world No. 1 Andy Murray of Scotland on Sunday in Melbourne, Australia.

Tennis // 4 years ago
Andy Murray advances in Australian Open
Sam Querrey pulled the upset of Wimbledon last year, stunning top-seeded Novak Djokovic of Serbia, but couldn't duplicate the feat at the Australian Open, falling 6-4, 6-2, 6-4 to top-seeded Andy Murray in the third round.

Tennis // 4 years ago
Andy Murray rolls ankle, advances in Australian Open
World No. 1 Andy Murray advanced to the third round Wednesday night despite hurting his right ankle during a 6-3, 6-0, 6-2 victory over qualifier Andrey Rublev of Russia at the Australian Open in Melbourne, Australia.

Andreas Seppi (born 21 February 1984 in Bolzano, Italy) is a professional tennis player from South Tyrol, northern Italy, who turned professional in 2000. He considers clay and hardcourts his favourite surfaces and is coached by Massimo Sartori. His career high was #27, achieved on 7 July 2008.

Seppi turned pro in 2000 playing exclusively on the ATP Futures and ATP Challenger Series circuit for three season. He won his first Futures event in 2003, Munich, Germany defeating Lars Übel in addition he qualified for his first two ATP events in Kitzbühel and Bucharest where he was defeated by Olivier Mutis and José Acasuso respectively.

2004 Seppi made his Davis Cup debut against Georgia losing to Irakli Labadze in 5 sets. In Kitzbühel Seppi failed to convert 10 match points against Rainer Schüttler in a second round loss, then a few weeks later Seppi was able to gain revenge for this loss. In his Grand Slam debut as a qualifer he defeated Schüttler from 2 sets to 0 down. Seppi finished the 2005 season in the top 100 for the first time. He qualified for four ATP Masters Series events with his best performance in Hamburg where he reached the quarter finals. In Davis Cup Seppi came back from 2 sets to 0 down and defeated Juan Carlos Ferrero 5–7, 3–6, 6–0, 6–3, 6–2, before losing to Rafael Nadal in the reverse singles. After this performance, he reached his first ATP Tour semi final in Palermo where he defeated defending champion Tomáš Berdych, before falling to Igor Andreev.

FULL ARTICLE AT WIKIPEDIA.ORG
This article is licensed under the GNU Free Documentation License.
It uses material from the Wikipedia article "Andreas Seppi."
Back to Article
/