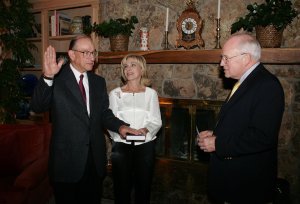 U.S. News // 1 year ago
10 Democrats set for fifth presidential debate in Atlanta
A field of 10 Democratic presidential candidates will take the stage in Atlanta on Wednesday night for the fifth round of debates.

U.S. News // 3 years ago
Trump: 'I look forward' to second summit with Russia's Putin
President Donald Trump said Thursday he's long believed Moscow has meddled in U.S. affairs -- and indicated there will be another summit with Vladimir Putin.
U.S. News // 3 years ago
Some put off by jokes at White House Correspondents Dinner
President Donald Trump didn't hear comedian Michelle Wolf at White House Correspondents Dinner, but administration members were on the firing line.

Top News // 3 years ago
The Almanac
On Oct. 30, 1938, Orson Welles triggered some radio listeners to panic with a dramatization of a martian invasion, based on H.G. Wells' "War of the Worlds."

Top News // 4 years ago
The Almanac
On Oct. 30, 1938, Orson Welles triggered a national panic with a realistic radio dramatization of a martian invasion, based on H.G. Wells' "War of the Worlds." 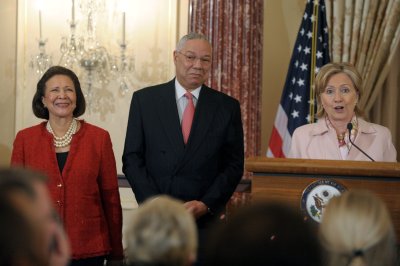 U.S. News // 5 years ago
Donald Trump, Bernie Sanders discuss possibility of one-on-one debate
Both Bernie Sanders and Donald Trump have said they would like to debate one another, an exchange that started during a late night comedy show interview.

Two goons from his security forces inside the presidential palace dragged me from behind, started dragging me out of the room

I wanted to get that out on the table because the Pakistanis have talked about a trust deficit, and it's a two-way street

Clinton goes on the offensive in Pakistan Oct 30, 2009

Andrea Mitchell (born October 30, 1946) is an American television journalist, anchor, reporter, and commentator for NBC News based in Washington, D.C.. She is the NBC News Chief Foreign Affairs Correspondent, and has recently reported on the 2008 Race for the White House for NBC News broadcasts, including NBC Nightly News with Brian Williams, Today, and MSNBC. She anchors Andrea Mitchell Reports airing at 1pm-2pmET weekdays on MSNBC, has appeared on and guest hosted Meet the Press, and is often a guest on Hardball with Chris Matthews and The Rachel Maddow Show.

Mitchell graduated with a B.A. in English literature from the University of Pennsylvania in 1967, where she served as News Director of student radio station WXPN. She joined Philadelphia then-NBC affiliate KYW radio and KYW-TV as a reporter that same year.

After several years at KYW, she moved to CBS affiliate WTOP in Washington, D.C., in 1976. Two years later, Mitchell moved to NBC's network news operation, where she served as a general correspondent. In 1979, she was named the NBC News Energy correspondent and reported on the late 1970s energy crisis and the Three Mile Island nuclear accident. Mitchell also covered the White House from 1981 until becoming Chief Congressional Correspondent in 1988.

FULL ARTICLE AT WIKIPEDIA.ORG
This article is licensed under the GNU Free Documentation License.
It uses material from the Wikipedia article "Andrea Mitchell."
Back to Article
/