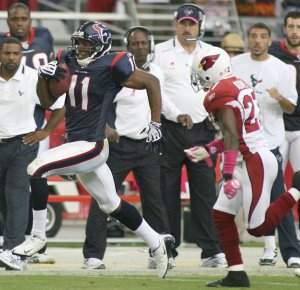 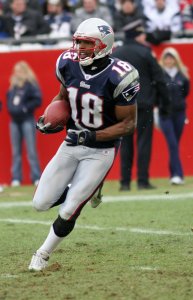 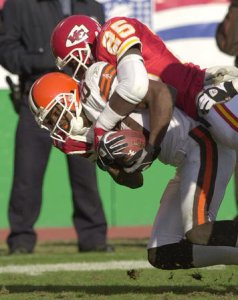 I thought the football team was sick of losing last week

André N. Davis (born June 12, 1979 in Niskayuna, New York) is an American football wide receiver and kick returner for the Houston Texans of the National Football League. He was originally drafted by the Cleveland Browns in the second round of the 2002 NFL Draft. He played college football at Virginia Tech. Davis has also played for the New England Patriots and Buffalo Bills in his career. Davis was the star on the Niskayuna High School track and field team, where he also played soccer. Davis accepted a track scholarship from Virginia Tech, where he was a teammate of Michael Vick. He scored the first touchdown for the Hokies in the 2000 Sugar Bowl game against Florida State, despite falling 46-29. He was awarded the Today's Top VIII Award as a member of the Class of 2002. Davis was drafted by the Cleveland Browns in the 2002 NFL Draft. During his first three seasons in Cleveland, he played wide receiver and on special teams. Davis scored on a 99-yard touchdown reception during a game on October 17, 2004 against the Cincinnati Bengals. The reception put Davis in the record books for the longest play from scrimmage in NFL history, joining eight other players in the feat. Davis spent 2005 and 2006 with the New England Patriots and Buffalo Bills respectively. He was then signed by the Houston Texans for a one year deal in 2007. Davis started for the Texans, replacing an injured Andre Johnson in Week 3 of the 2007 NFL season. He scored his first touchdown for the Texans on October 1, 2007 - Week 4 - against the Atlanta Falcons (35 yard touchdown reception). Davis took over for an injured Jerome Mathis as a kick returner. On December 30, in the last game of the 2007 regular season against the Jacksonville Jaguars, Davis scored two consecutive touchdowns on kickoff returns, the first for 97 yards and the second for 104. It was reported February 28, 2008, that the Texans had reached an agreement with Davis to stay on the team. He will receive $16 million over four years, with $8 million guaranteed. Davis lives in Houston with his wife, Janelle, and their son, Daylen. Template:Rflist

FULL ARTICLE AT WIKIPEDIA.ORG
This article is licensed under the GNU Free Documentation License.
It uses material from the Wikipedia article "Andre Davis."
Back to Article
/