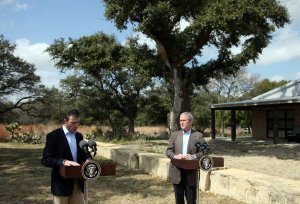 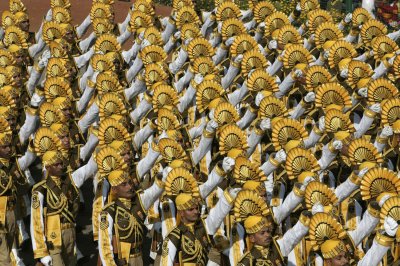 We are witnessing that the Taliban try to test (the) transition but they can't stop it. Transition is on track and it will continue

We have been mandated to take all necessary means to protect civilians against attacks and so far we have been very successful in protecting civilians. We have prevented a massacre on the Libyan people

It is now time for the Taliban to make a choice: cut links with al-Qaida and terror networks, renounce violence and respect the democratic Afghan Constitution, including its provisions on human rights

Anders Fogh Rasmussen (Danish pronunciation:  ( listen); born 26 January 1953) is a Danish politician, and the 12th and current Secretary General of NATO. Rasmussen served as Prime Minister of Denmark from November 27, 2001 to April 5, 2009.

Anders Fogh Rasmussen was the leader of the Liberal Party (Venstre), and headed a right-wing coalition with the Conservative People's Party which took office in 2001, and won its second and third terms in February 2005 and in November 2007. Rasmussen's government relied on the Danish People's Party for support, in keeping with the Danish tradition for minority government. His government introduced tougher limits on non-ECA immigration and froze tax rates before he took office (the "tax freeze", or skattestoppet in Danish). He has authored several books about taxation and government structure.

In his early career, Rasmussen was a strident critic of the welfare state, writing the classical liberal book From Social State to Minimal State in 1993. However, through the 1990s, his views moved towards the political centre. Under Rasmussen, certain taxes were lowered, but the Conservative coalition partners repeatedly argued for more tax cuts and a flat tax rate at no higher than 50%. Fogh implemented an administrative reform reducing the number of municipalities (kommuner) and replacing the thirteen counties (amter) with five regions. Rasmussen referred to this as "the biggest reform in thirty years".

FULL ARTICLE AT WIKIPEDIA.ORG
This article is licensed under the GNU Free Documentation License.
It uses material from the Wikipedia article "Anders Fogh Rasmussen."
Back to Article
/