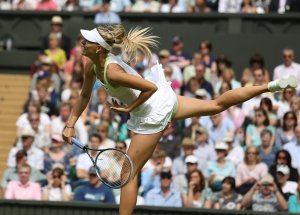 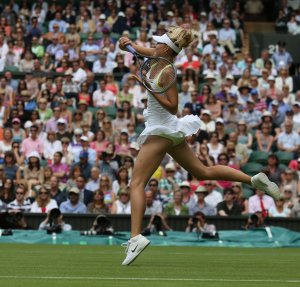 Anastasia Rodionova (born 12 May 1982 in Tambov, Soviet Union) is an Australian professional female tennis player, and the current Australian No. 4. She achieved her career high rank of #62 on 16 August 2010. She lives in Melbourne, Australia.

Rodionova started to play tennis at age 7, but she was introduced to tennis much earlier. Her father Ivan was an amateur player so instead of toys, Rodionova had tennis balls in her pram. He coached her until 18 years old when she left Tambov, Russia and moved to Germany to practice for 3 years before returning to Moscow to live in 2003. She has resided in Melbourne, Australia with her partner Lorne Padman since 2005. Rodionova's sister Arina has also been a professional tennis player since 2004.

In 2006, after reaching the 2nd round in the 2nd tier tournament in Los Angeles, Rodionova entered the Top 100 WTA rankings for the first time in her career. At the US Open she became one of the leading players after making it to the 3rd round (her best result in singles at a Grand Slam tournament to date). This catapulted Rodionova to 81 in the world. In doubles with Elena Vesnina she also reached the WTA tournament final in Bangalore, India and she captured her 11th ITF title in Italy in partnership with her sister Arina Rodionova. In 2007 Rodionova played a whopping 28 WTA tournaments. At the Australian Open Grand Slam she reached the 2nd round but lost to world number 2 and eventual finalist, Maria Sharapova. In Miami's Tier 1 tournament Rodionova took more games off the eventual tournament champion Serena Williams in her 2nd round defeat than any other person in that tournament. In the Estoril Open, Portugal, Rodionova won her 2nd title in doubles with Andreea Ehritt-Vanc from Romania. Together they also made the finals in Morocco. In the 1st tier tournament in Los Angeles Rodionova made the semi-finals, partnering with Tatiana Poutchek. In Guangzhou, China Rodionova reached the singles semi-final but was unable to finish the match due to heat stroke. At the Tashkent Open, Rodionova once again teamed up with Tatiana Poutchek making the final, but lost in 3 sets to Ekaterina Dzehalevich and Anastasiya Yakimova. Rodionova ended the year ranked 78th place in singles.

FULL ARTICLE AT WIKIPEDIA.ORG
This article is licensed under the GNU Free Documentation License.
It uses material from the Wikipedia article "Anastasia Rodionova."
Back to Article
/