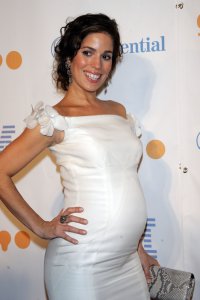 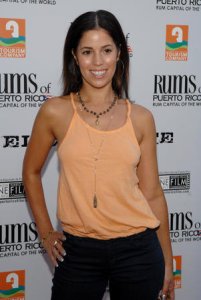 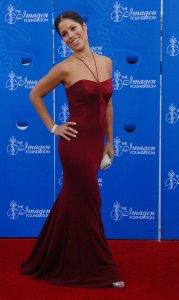 Entertainment News // 5 months ago
What to stream Thanksgiving weekend: 'Happiest Season,' Macy's parade
Kristen Stewart and Mackenzie Davis are keeping their relationship a secret in "Happiest Season," Macy's presents its annual Thanksgiving Day Parade and Dua Lipa is having a virtual concert this weekend.

TV // 1 year ago
Judith Light open to 'Ugly Betty' reunion
Judith Light, who played Claire Meade on "Ugly Betty," discussed the possibility of a musical episode or another type of reunion.

My husband's phone number is on speed dial, my deep yoga breaths have been practiced and my bags are all packed except for the toothbrushes, so I'm all set. I'm ready to have the baby

Ana Ortíz (born January 25, 1971) is an American actress and singer. She is a native of Manhattan, New York but was raised in Philadelphia, Pennsylvania. She is a regular cast-member on the ABC comedy-drama series Ugly Betty, in which she plays the title character's older sister, Hilda Suarez. The role earned her the ALMA Award for Outstanding Supporting Actress in 2007.

Ortiz is the daughter of Angel L. Ortiz, a former Philadelphia City Council member, and an Irish American mother.

As a child, Ortiz originally dreamed of becoming a ballerina, and she studied ballet for eight years, until the pain of dancing en pointe forced her to pursue a different artistic discipline.

FULL ARTICLE AT WIKIPEDIA.ORG
This article is licensed under the GNU Free Documentation License.
It uses material from the Wikipedia article "Ana Ortiz."
Back to Article
/