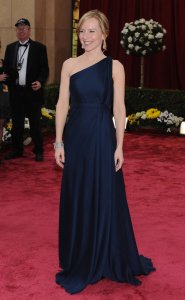 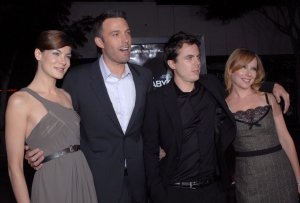 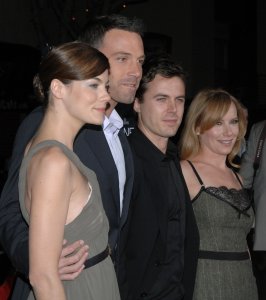 Movies // 1 year ago
Mindy Kaling's 'Late Night' to stream on Amazon Prime on Sept. 6
"Late Night," written by and starring Mindy Kaling, will come to Amazon Prime in September after its Sundance premiere and summer theatrical engagement.

TV // 1 year ago
'Younger' star Miriam Shor praises Diana as 'unapologetically powerful'
Miriam Shor said it is a joy to play Diana Trout on "Younger" because she is nothing like the supremely demanding and self-assured marketing executive.

Thank you so much to the academy for this honor. In a year with so many great films, it is truly amazing to be nominated in the company of such talented actresses

The Assassination of Jesse James By The Coward Robert Ford

Amy Ryan (born November 30, 1969) is an American actress. She has been nominated for an Academy Award and Golden Globe for her performance in Gone Baby Gone (2007) and is also known for her roles in the HBO series The Wire, playing Port Authority Officer Beadie Russell; In Treatment, playing psychiatrist Adele Brousse; and The Office, playing human resources representative Holly Flax.

Ryan was born in Queens, New York City. Ryan is her mother's maiden name. She is of English, Irish, and Polish descent. Growing up in the 1970s, Ryan and her sister delivered the Daily News by bike. At a young age, Ryan attended the Stagedoor Manor Performing Arts Center in upstate New York. At 17, she graduated from New York's High School of Performing Arts. Hired for the national tour of Biloxi Blues right out of high school, Ryan worked steadily off-Broadway for the next decade.

Ryan made her off-Broadway debut in the Westside Theatre's 1987 production of A Shayna Maidel, playing the role of Hanna. The following year she was seen in the Second Stage Theatre Company's revival of The Rimers of Eldritch. Additional off-Broadway credits include As Bees In Honey Drown, Crimes of the Heart and Saved. She also worked in regional theater, where she originated roles in new plays by Neil LaBute, Arthur Miller and Neil Simon. On Broadway she has appeared as Tess in The Sisters Rosensweig, Natasha in the 1997 revival of The Three Sisters, and Peggy in the 2001–2002 revival of The Women.

FULL ARTICLE AT WIKIPEDIA.ORG
This article is licensed under the GNU Free Documentation License.
It uses material from the Wikipedia article "Amy Ryan."
Back to Article
/