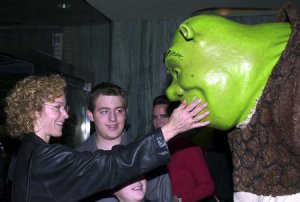 TV // 2 years ago
Everyone tries to move on in 'Affair' teaser
Maura Tierney's Helen is seen asking someone, "Who couldn't you live without?" in the new Season 4 teaser for "The Affair."

Top News // 4 years ago
The Almanac
On Sept. 10, 2008, scientists activated the Large Hadron Collider, the world's largest and most powerful subatomic particle accelerator. It had to be shut down after nine days for repairs.

Amy Davis Irving (born September 10, 1953) is an American actress, known for her roles in the films Crossing Delancey, The Fury, Carrie, and Yentl as well as acclaimed roles on Broadway and Off-Broadway. She has been nominated for an Academy Award, two Golden Globes, and has won an Obie award and the 1980 Golden Raspberry Award for Worst Supporting Actress. She is also known for marrying director Steven Spielberg; they divorced in 1989 after just 4 years of marriage, with Irving receiving a settlement of 100 million dollars.

Irving was born in Palo Alto, California, the daughter of film and stage director Jules Irving (né Jules Israel) and actress Priscilla Pointer. Irving's brother is writer/director David Irving (not the British author of the same name) and her sister is singer/teacher of deaf children Katie Irving. Her father was Jewish and her mother is of Cherokee and Welsh background. She was raised in the Christian Science faith.

In the late 1960s and early 1970s, Irving attended the American Conservatory Theater in San Francisco, where she appeared in several of its productions. She also trained at the London Academy of Music and Dramatic Art, and made her off-Broadway debut when she was 17, in a production titled And Chocolate on Her Chin. She is a graduate of the Professional Children's School, in Manhattan, New York.

FULL ARTICLE AT WIKIPEDIA.ORG
This article is licensed under the GNU Free Documentation License.
It uses material from the Wikipedia article "Amy Irving."
Back to Article
/