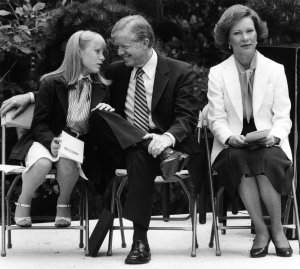 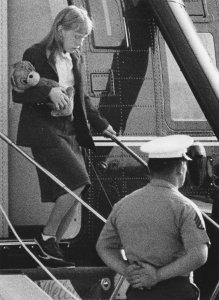 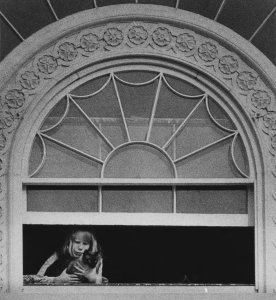 Top News // 4 years ago
The Almanac
On Oct. 19, 2005, a defiant Saddam Hussein pleaded innocent as he went on trial in Baghdad on charges of murder and torture.
Odd News // 7 years ago
The almanac
UPI Almanac for Saturday, Oct. 19, 2013.
Odd News // 8 years ago
The almanac
UPI Almanac for Friday, Oct. 19, 2012.
Top News // 1 decade ago
Obamas pick private school for daughters
The children of President-elect Barack Obama and his wife Michelle will go to Sidwell Friends, a school favored by Washington's power elite, a spokeswoman said.
Top News // 1 decade ago
Obama girls get look at White House
The Bush twins have given President-elect Barack Obama's girls a private look at the White House to help them prepare for the move to Washington.
Top News // 1 decade ago
Bush cuts nuclear weapons by two-thirds
President Bush took the first step in a historic reduction of strategic nuclear weapons Tuesday, slashing the U.S. stockpile by two-thirds and winning a commitm

Amy Lynn Carter (born October 19, 1967) is the youngest of the four children and the only daughter of U.S. president Jimmy Carter and his wife Rosalynn Carter.

Amy Carter was born and raised, until her father's presidency, in Plains, Georgia, with her father serving as governor of the state for much of that period. Carter has three brothers who are roughly 15 to 20 years older than she is.

FULL ARTICLE AT WIKIPEDIA.ORG
This article is licensed under the GNU Free Documentation License.
It uses material from the Wikipedia article "Amy Carter."
Back to Article
/