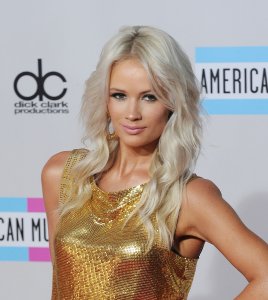 The American Music Awards is an annual major American music awards show (among the others are the Grammy Awards and the Billboard Music Awards) History and overview Conception The AMAs were created by Dick Clark in 1973 to compete with the Grammys after the move of that year's show to Nashville, Tennessee led to CBS picking up the Grammy telecasts after its first two in 1971 and 1972 were broadcast on ABC. Michael Jackson and Donny Osmond co-hosted the first award show with Rodney Allen Rippy and Ricky Segall in 1974. Differences between the AMAs and Grammy Awards While the Grammy Awards are awarded based on votes by members of the entertainment industry, the AMAs are determined by a poll of music buyers, and as a result is more of a representative of public opinion.The most established awards shows (AMAs, BMAs, and Grammy Awards) compete for prestige and television ratings, with the Grammy Awards nominally rewarding both. Stories of artists being pressured to participate in one awards show over the other have been fodder for tabloid gossip and controversy. The controversy was muted somewhat after the AMAs moved to late November, avoiding being in the same awards season as the Grammys. The American Music Awards have nominations based on sales, airplay, activity on social networks, and video viewing and can nominate only the works released between 1 December of the previous year and 1 September of the current year. Before 2010 had nominations based only on sales and airplay and nominated every work, even if old. The Grammys have nominations based on vote of the Academy and only nominate a work from their eligibility period that changes often.[1][2][3] Favorite Artist of the Year In 1996, the AMAs instituted a new award, Favorite Artist of the Year, which was awarded to Garth Brooks. Brooks left the award on the podium because he didn't believe in the concept of picking an artist of the year.[4] The category was discontinued. In 2004,[5][6] the AMAs brought in a new category entitled "T-Mobile Text-In Award", which resembled the Favorite Artist of the Year. The academy chose one artist each from five genres of music (rap, rock, pop, R&B, country) to compete in one category, with the public texting its votes. [edit]International flavor Although the American Music Awards is primarily for artists that originate from the United States, international artists like Adele, Elton John, Def Leppard, Celine Dion, Shania Twain, George Michael, Rihanna, Enrique Iglesias, Shakira, Justin Bieber, Muse and the Spice Girls have also won awards on the show, although this is primarily due to their popularity in the United States. Hosts The first hosts for the first telecast of the AMAs were Helen Reddy, Roger Miller, and Smokey Robinson. Helen Reddy not only hosted the show but also became the first female artist to win an AMA for Favorite Pop/Rock Female artist. For the first decade or so, the AMAs had multiple hosts, each representing a genre of music. For instance, Glen Campbell would host the country portion (Campbell, in fact, has co-hosted the AMAs more times than any other host or co-host), while other artists would co-host to represent his/her genre. In recent years, however, there has been one single host. For the 2008 awards, Jimmy Kimmel hosted for the fourth consecutive year. In 2009, there was no host for the first time in history. Instead, the AMAs followed the Grammys' lead in having various celebrities give introductions. From its inception in 1973 until 2003, the AMAs have been held in mid- to late-January, but were moved to November beginning in 2003 so as not to further compete with other major awards shows (such as the Golden Globe Awards and the Academy Awards) and allows for ABC to have a well-rated awards show during November sweeps. Artists that won most awards The record for most American Music Awards won is held by Michael Jackson, who has amassed twenty-six awards (twenty-four as solo artist), including one for "Artist of the Century," but not the poll of "Artist of the '80s". The most American Music Awards for a group belongs to Alabama who have collected twenty-three awards and for a female artist belongs to Whitney Houston with twenty-two awards.[1][7][8][9][10][11][12][13] [edit]Artists that won the most in a single year The record for the most American Music Awards won in a single year is held by both Michael Jackson (in 1984), and Whitney Houston (in 1994), each with 8 awards to their credit (including the Award of Merit, with which both artists were honored in the respective years).

FULL ARTICLE AT WIKIPEDIA.ORG
This article is licensed under the GNU Free Documentation License.
It uses material from the Wikipedia article "American Music Awards ."
Back to Article
/