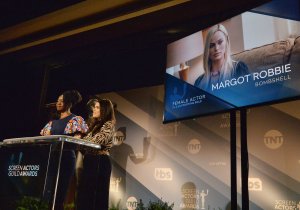 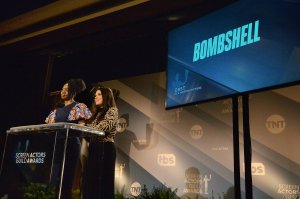 Entertainment News // 2 months ago
Emmy Awards: How to watch, what to expect
The 73rd annual Emmy Awards will air live Sunday from the Microsoft Theater in Los Angeles.

TV // 10 months ago
What to binge: Go back to work with these workplace comedies
The holidays are over and it's time to get back to work in the new year. Here are 10 classic comedies about frustrations on the job, all available for streaming.

Entertainment News // 11 months ago
America Ferrera reflects on motherhood in end-of-2020 post
"Ugly Betty" alum America Ferrera looked back on her year, which included the birth of her second child, daughter Lucia, in May.

TV // 11 months ago
NBC's 'Superstore' to end with Season 6
NBC has announced that comedy series "Superstore" will come to an end with its current sixth season.

It is truly an amazing, wonderful thing that happens when your dreams come true

It's a nice break from work, and I get to dress up and look all pretty as opposed to (getting) 'Betty-fied,

I'm honored to be hosting this wonderful series of independent documentaries

Ferrera, the youngest of six children, was born in Los Angeles, California, to parents who immigrated to the United States from Honduras in the mid-1970s. Her mother worked as a housecleaning staff director for a hotel. Her mother raised Ferrera and her siblings, always stressing the importance of higher education.

Ferrera was raised in the Woodland Hills section of Los Angeles, where she attended George Ellery Hale Middle School and El Camino Real High School. From the time she was seven years old, when she landed a small role in a school production of Hamlet and then at age 10 a much bigger role as the Artful Dodger in Oliver!, Ferrera knew that she wanted to be a performer. She acted in school plays and community theater in Los Angeles throughout her youth, though with little help from her mother, who insisted that she pursue other interests because she was concerned her daughter would not get a fair shake. Ferrera was forced to take the bus to auditions, though eventually her mother saw her daughter’s dedication and began to drive her. Ferrera disliked her first name as a child and went by her middle name, "Georgine", until she began acting professionally.

FULL ARTICLE AT WIKIPEDIA.ORG
This article is licensed under the GNU Free Documentation License.
It uses material from the Wikipedia article "America Ferrera."