TV // 10 months ago
'Teen Mom OG' star Amber Portwood arrested for domestic battery
Amber Portwood was charged with simple domestic assault in the presence of a child under 16 years Friday in Indianapolis, Ind.

TV // 1 year ago
Amber Portwood wants to quit 'Teen Mom': It's 'too much to bear'
"Teen Mom OG" star Amber Portwood said the MTV series has put her through too much "heartache." 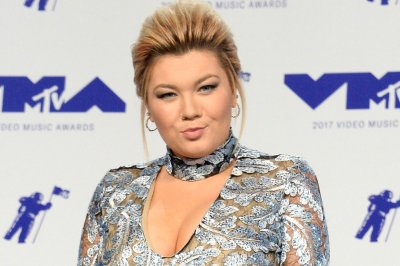 Teen Mom, renamed Teen Mom OG in the fifth season,[1] is an American reality television series that premiered on December 8, 2009 on MTV. Developed as the first spin-off of 16 and Pregnant, it aired four seasons before its initial conclusion on October 9, 2012. Its revival was announced in February 2015, with its fifth season scheduled to premiere on March 23, 2015.[2] The series follows the lives of Farrah Abraham, Maci Bookout, Catelynn Lowell, and Amber Portwood, who were featured on the first season of 16 and Pregnant; it documents their first years of motherhood and places additional emphasis on strained family and romantic relationships.[3]

FULL ARTICLE AT WIKIPEDIA.ORG
This article is licensed under the GNU Free Documentation License.
It uses material from the Wikipedia article "Amber Portwood."
Back to Article
/