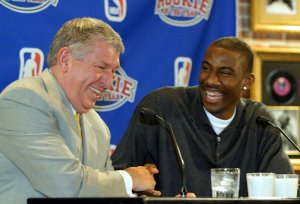 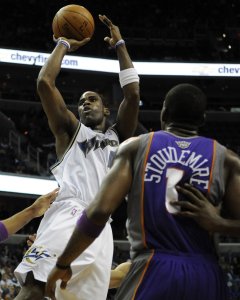 NBA // 2 years ago
Wade to keep coming off the bench for Heat against Suns
Even with Miami Heat starting guard Tyler Johnson and backup Wayne Ellington out, Erik Spoelstra said he won't put Dwyane Wade into the opening lineup.

Sports News // 4 years ago
Miami Heat hold on to defeat New Orleans Pelicans
NEW ORLEANS -- The Miami Heat have made a practice of keeping their composure in games against weaker opponents. 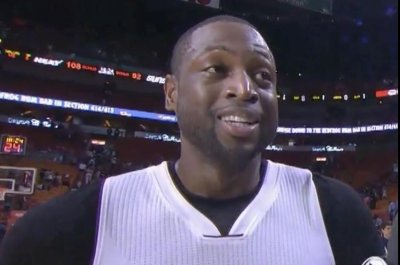 Sports News // 4 years ago
Spurs beat Suns, stay perfect at home
SAN ANTONIO -- Christmas might still be a month away but the San Antonio Spurs and Phoenix Suns are already in a giving mood.

Sports News // 5 years ago
Houston Rockets, Mavericks tip it up in Big D
The Houston Rockets picked up some reinforcements for the playoff push, starting Friday night at American Airlines Center against the rival Dallas Mavericks.

Sports News // 5 years ago
New York Knicks, Magic close out first half in Orlando
The New York Knicks are guaranteed of finishing with a sub-.500 record and will close out their tour through Florida Wednesday versus the Orlando Magic at Amway Center.

I saw Marbury getting double-teammed, so I just knew I had to take that shot

Amar'e Carsares Stoudemire (pronunciation: /əˈmɑreɪ ˈstɒdəmaɪər/; born November 16, 1982) is an American professional basketball center and power forward for the New York Knicks. Taken in the first round with the ninth overall pick in the 2002 NBA Draft, he spent the first eight years of his career with the Phoenix Suns. He is listed by NBA.com as 6 feet 10 inches (208 cm) and 240 pounds (110 kg).

Stoudemire won the NBA Rookie of the Year Award in 2003, made six appearances in the NBA All-Star Game, made first-team All-NBA in 2007, and won a Bronze Medal with the United States men's national basketball team at the 2004 Olympic Games.

Stoudemire's first name had previously been listed in the Phoenix Suns media guide as Amaré or Amare, but it was changed to Amar'e in October 2008. Stoudemire told NBA.com that his name had always been spelled Amar'e, but the media had been spelling it incorrectly since he joined the NBA.

FULL ARTICLE AT WIKIPEDIA.ORG
This article is licensed under the GNU Free Documentation License.
It uses material from the Wikipedia article "Amare Stoudemire."
Back to Article
/