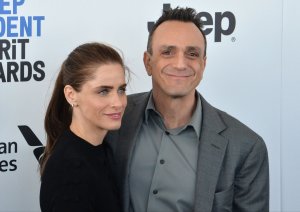 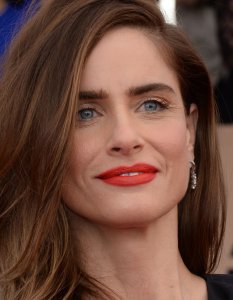 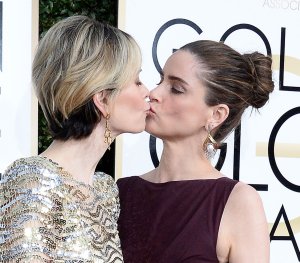 TV // 2 months ago
Amanda Peet joins 'Fatal Attraction' streaming series
Paramount+ announced Amanda Peet has joined the cast of its "Fatal Attraction" series. She will play the wife of the adulterer played by Joshua Jackson.

TV // 2 years ago
David Benioff's wife, Amanda Peet, says she stands by 'GOT' finale
Amanda Peet, an actress and the wife of "Game of Thrones" co-creator David Benioff, weighed in on the show's polarizing final episode.

TV // 2 years ago
'The West Wing' turns 20: Updates on the cast
Twenty years ago this week, "A Few Good Men" scribe Aaron Sorkin released NBC's "The West Wing" into the world. Here's an update of what some of the main "West Wing" players have been doing since the show ended.

After studying with Uta Hagen, Peet began her career in television commercials, and progressed to small roles in television and independent films. Featured roles in films such as The Whole Nine Yards (2000) brought her recognition and she was named one of People's "50 Most Beautiful People in the World". Her subsequent film roles have been more prominent, and include Something's Gotta Give (2003), Syriana (2005), and 2012 (2009).

Peet was born in New York City, the daughter of Penny (née Levy), a social worker, and Charles Peet, a corporate lawyer. The two are now divorced. Her father is a Quaker and her mother is Jewish. Peet attended Friends Seminary, then studied history at and graduated from Columbia University, where she auditioned for acting teacher Uta Hagen and decided to become an actress after taking Hagen's class. During her four-year period of study with Hagen, Peet appeared in the off-Broadway revival of Clifford Odets's Awake and Sing.

FULL ARTICLE AT WIKIPEDIA.ORG
This article is licensed under the GNU Free Documentation License.
It uses material from the Wikipedia article "Amanda Peet."