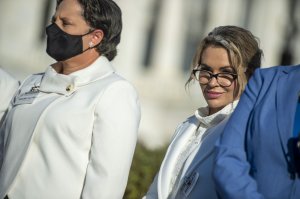 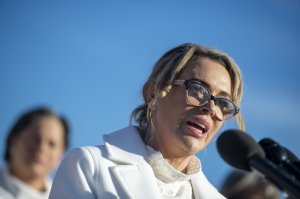 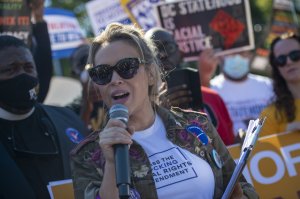 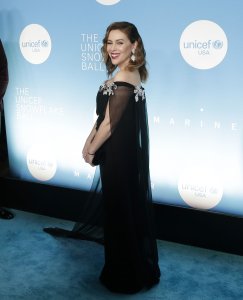 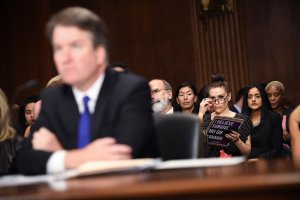 Entertainment News // 4 months ago
Netflix: What's coming and going in January 2022
"Brazen," "Rebelde" and new seasons of "Ozark" and "Too Hot to Handle" are headed to Netflix.

Movies // 5 months ago
'Brazen': Alyssa Milano searches for answers in new trailer
Alyssa Milano is a mystery writer and crime expert who is on the case in the new trailer for upcoming Netflix film, "Brazen."

TV // 6 months ago
Alyssa Milano says Tony Danza will take care of her kids in new 'Who's the Boss?'
Alyssa Milano discussed the in-development reboot of "Who's the Boss?" and what fans can expect to see on the series while appearing on "The Drew Barrymore Show" on Wednesday.

Entertainment News // 8 months ago
Alyssa Milano's uncle says he will be home soon in health update
Alyssa Milano provided fans a health update on her uncle Mitchell J. Carp after the pair was involved in a car accident in August.

Entertainment News // 1 year ago
Alyssa Milano says she had COVID-19: 'I thought I was dying'
Alyssa Milano announced on Instagram that she has tested positive for COVID-19 antibodies after taking three other tests that came back negative.

Alyssa Jayne Milano (born December 19, 1972) is an American actress and former singer. Her childhood role as Samantha Micelli in the sitcom Who's the Boss? made her famous, and an eight-year stint as Phoebe Halliwell on the supernatural series Charmed brought her a new round of fame. She was also a series regular on the original Melrose Place portraying the role of Jennifer Mancini. Milano has a female sports apparel line, Touch.

Milano is the daughter of Lin, a fashion designer and talent manager, and Thomas M. Milano, a film music editor and boating enthusiast. Milano was born in Brooklyn, grew up on Staten Island, and was raised Roman Catholic. She has a younger brother, Cory (born in 1982), who is also an actor. In a 2003 interview, Milano recalled having had a good childhood, having grown up in a "loving, true family."

Milano is a cousin to both Eric Lloyd and Emily Ann Lloyd.

FULL ARTICLE AT WIKIPEDIA.ORG
This article is licensed under the GNU Free Documentation License.
It uses material from the Wikipedia article "Alyssa Milano."