Top News // 4 years ago
The Almanac
On Dec. 13, 2003, a bearded Saddam Hussein, the deposed Iraqi president, was captured by U.S. troops in a small underground hideout near his hometown of Tikrit, ending an eight-month manhunt.

Top News // 4 years ago
The Almanac
On Oct. 8, 1918, Sgt. Alvin York of Tennessee became a World War I hero by single-handedly capturing a hill in the Argonne Forest of France, killing 20 enemy soldiers and capturing 132 others. 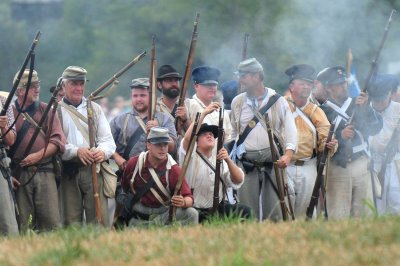 Alvin Cullum York (December 13, 1887 – September 2, 1964) was one of the most decorated American soldiers in World War I. He received the Medal of Honor for leading an attack on a German machine gun nest, taking 32 machine guns, killing 28 German soldiers and capturing 132 others. This action occurred during the U.S.-led portion of the Meuse-Argonne Offensive in France, which was part of a broader Allied offensive masterminded by Marshal Ferdinand Foch to breach the Hindenburg line and ultimately force the opposing German forces to capitulate.

The York family resided in the Indian Creek area of Fentress County. The family was impoverished, with William York working as a blacksmith to supplement the family income. The father and sons of the York family harvested their own food, while the mother knitted all family clothing. The York sons only attended school for only nine months and withdrew from education because William York wanted his sons to help him work the family farm and hunt small game to feed the family.

FULL ARTICLE AT WIKIPEDIA.ORG
This article is licensed under the GNU Free Documentation License.
It uses material from the Wikipedia article "Alvin York."
Back to Article
/