NBA // 1 year ago
NBA's plans for older coaches on bench in limbo amid pandemic precautions
NBA Commissioner Adam Silver said older coaches in the league could be prohibited from sitting on the bench at games when the league returns from a coronavirus-related suspension, due to safety precautions. 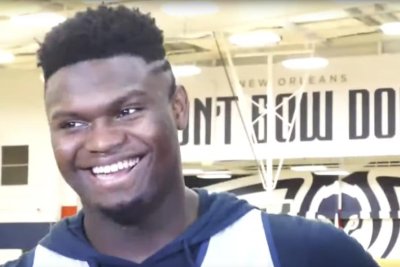 Alvin Gentry (born November 5, 1954) is an American professional basketball coach, and college basketball player, who has led four different NBA teams. He served as an interim coach for the Miami Heat at the end of the 1995 season, and later coached the Detroit Pistons and the Los Angeles Clippers. He is currently the head coach for the Phoenix Suns.

He was born in Shelby, North Carolina, where he grew up, and attended Shelby High School. His first cousin is former NC State and NBA star David Thompson.

FULL ARTICLE AT WIKIPEDIA.ORG
This article is licensed under the GNU Free Documentation License.
It uses material from the Wikipedia article "Alvin Gentry."
Back to Article
/