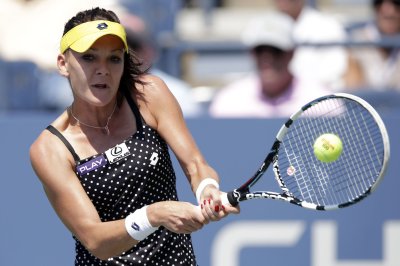 Alla Alexandrovna Kudryavtseva (Russian А́лла Алекса́ндровна Кудря́вцева, born November 3, 1987 in Moscow) is a professional tennis player from Russia. She currently lives in Moscow, where she is coached by Nick Rybakov.Her father Alexander was a world champion Greco-Roman wrestler in the 1980s and her grandfather a Russian weightlifter of some note.

Her highest singles ranking as of June 26, 2007 World Number 59. Also on and as of June 26, 2007, her career-high doubles ranking is: World Number 73. As of June 18, 2007, Kudryavtseva was ranked World number 59 for singles. Kudryavtseva has won $US129,352 in prize money, and has not won a title on the WTA tour, but has won 1 singles title and 6 doubles titles playing for the ITF. She was a finalist at the Orange Bowl Championships, as a junior.

FULL ARTICLE AT WIKIPEDIA.ORG
This article is licensed under the GNU Free Documentation License.
It uses material from the Wikipedia article "Alla Kudryavtseva."
Back to Article
/