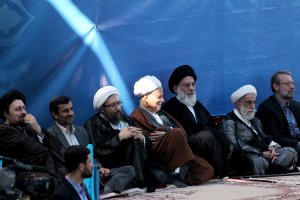 Voices // 1 month ago
EU plumbs the depths of appeasement with Iran
The European Union's new top diplomat has attracted widespread condemnation across Europe for his recent visit to Iran.

World News // 1 year ago
Trump: Iran may get 'strongest sanctions ever' from U.S.
President Donald Trump said Wednesday there plans to strongly sanction Iran "very soon," just one day after withdrawing from the 2015 Iran nuclear deal.

World News // 2 years ago
At least 12 dead after twin terror attacks strike Iran's capital
At least a dozen people died and more than 40 were injured Wednesday in terrorist attacks against Iran's Parliament and Tehran's tomb of Ayatollah Khomeini.

Voices // 3 years ago
Russia and Iran's growing cooperation hints at a new Middle East
Russian President Vladimir Putin and his Iranian counterpart, Hassan Rouhani, are meeting for the eighth time in four years.

Energy News // 3 years ago
Iran extends energy hand to Europe
Iran could step in to help address European energy security concerns once the doors to financial regimes open, the speaker of the Iranian parliament said. 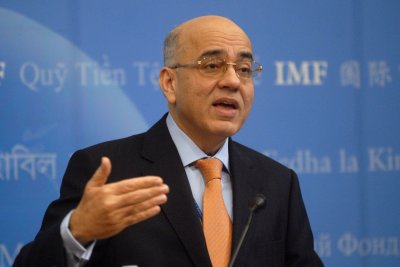 Energy News // 3 years ago
Iran's economy bustling, IMF says
The Iranian economy is outperforming the region as a whole mainly because of higher oil production and the lifting of sanctions, the IMF said.

Energy News // 4 years ago
Iran aims for more diverse economy
Iranian exports of around $50 billion worth of non-petroleum products are not enough to diversify the nation's economy, the speaker of parliament said.

World News // 4 years ago
Iran and China agree to closer ties
In a historic visit to Tehran, Chinese President Xi Jinping met with Iranian President Hassan Rouhani and agreed on closer ties between their two countries.

Energy News // 4 years ago
Iran puts figure on 2016 oil production goals
Iranian oil production by the end of 2016 will be in excess of 4 million barrels per day, more than in the pre-sanctions era, the nation's oil minister said.

Do not think that with verbal tactics, you (U.S. officials) will make the Islamic Republic negligent

This shows the U.S. double standards in facing terrorism

Parliament and President Ahmadinejad share mutual respect for each other

The Islamic Consultative Assembly supports expansion of relations (with Damascus) and is prepared to promote ... ties with the Syrian Parliament

Iranian nation has so far stood beside the Iraqi nation under all hard conditions and will do so in the future also, helping them wholeheartedly

Ali Ardashir Larijani (Persian: علی اردشیر لاریجانی; born 1 January 1958 in Najaf, Iraq) iranin born Amol is an Iranian philosopher, politician and the chairman of the Iranian parliament. Larijani was the secretary of the Supreme National Security Council from August 15, 2005 to October 20, 2007, appointed to the position by President Mahmoud Ahmadinejad, replacing Hassan Rowhani. Acceptance of Larijani's resignation from the secretary position was announced on October 20, 2007 by Gholamhossein Elham, the Iranian government's spokesman, mentioning that his previous resignations were turned down by President Ahmadinejad.

Larijani is one of the two representatives of the Supreme Leader Ali Khamenei to the council, the other being Hassan Rowhani. In his post as secretary he effectively functioned as the top negotiator on issues of national security, including Iran's nuclear program.

Ali Larijani was born on 1 January 1958 in Najaf, Iraq. His father, Ayatollah Hashemi Amoli was an ayatollah that works in Najaf after was exiled by Mohammad Reza Shah. They moved to Iran after Iranian Revolution in 1979.

FULL ARTICLE AT WIKIPEDIA.ORG
This article is licensed under the GNU Free Documentation License.
It uses material from the Wikipedia article "Ali Larijani."
Back to Article
/