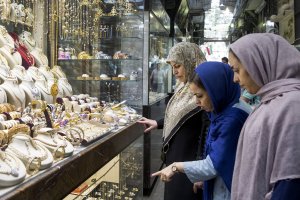 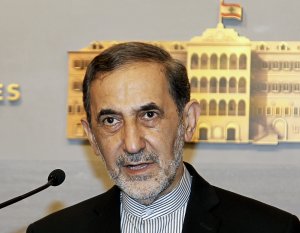 Voices // 1 month ago
Withdrawing U.S. troops from Iraq could be catastrophic
Following the disastrous U.S. withdrawal from Afghanistan, handing victory to the brutal Taliban, there are growing fears that President Joe Biden may also withdraw the American military totally from Iraq.

Voices // 2 months ago
Iran's water crisis stokes another round of protests
Prior to the 1979 revolution, Iran's population of 34 million people relied on a stable water supply, sourced from millennia-old underground canals and aquifers. The Iranian revolution changed all that. 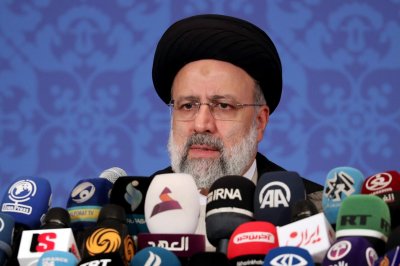 Voices // 3 months ago
Iran in furtive race to develop a nuclear weapon
It seems clear Iran's regime is intent on buying time by keeping negotiations on the nuclear deal at arms length in Vienna, obstructing the IAEA, while at the same time accelerating its sprint to build a nuclear bomb.

Those people who used to say Iran's nuclear activity must be dismantled are now saying we are ready to accept your advances, on condition that it will not continue indefinitely

We are witnessing in our country that some women activists and some men are trying to play with Islamic laws ... in order to harmonize them with international conventions related to women. This is wrong. ... They shouldn't see the solution in changing Islamic jurisprudence laws

He was president of Iran from 1981 to 1989, and has been Supreme Leader of Iran since June 1989 when the Assembly of Experts appointed him to succeed Ayatollah Ruhollah Khomeini. He has been described as one of only three people having "important influences" on the Islamic Republic of Iran (the other two being the founder of the republic, Ayatollah Ruhollah Khomeini, and the president of Iran for much of the 1990s, Ayatollah Akbar Hashemi Rafsanjani). So far, the biggest challenge to his leadership has been the mass protests following the June 2009 presidential elections. Khamenei, however, continued to strongly support Mahmoud Ahmadinejad's policies and re-election. Khamenei was the victim of an attack aimed to assassinate him in June 1981 which paralyzed his right arm.

The origin of Ali Khamenei family is from Tafresh in today Markazi province .the ancestors of Ali Khamenei had migrated from their original home in Tafresh to Tabriz.Born in Mashhad, he is second eldest of eight children, and two of his brothers are also clerics. His younger brother, Hadi Khamenei, is a notable newspaper editor and cleric. Ali Khamenei is half Iranian Azeri and his mother is a Yazd-native

FULL ARTICLE AT WIKIPEDIA.ORG
This article is licensed under the GNU Free Documentation License.
It uses material from the Wikipedia article "Ali Khamenei."
Back to Article
/