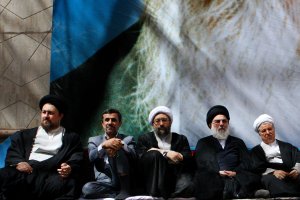 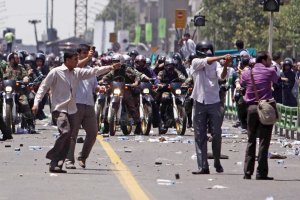 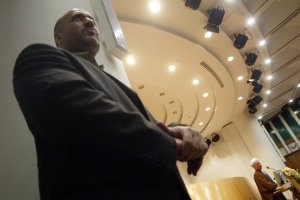 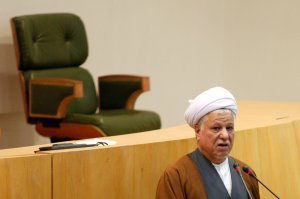 It is most strange that countries that initially supported Iran, changed their stance by approving the decision of the International Atomic Energy Agency, which is unfair and extremely unjust

I prefer that another person enters the race, but if the society and political figures reckon that I can do a better job, I am ready to run in the next presidential elections

No official in a country like Iran will dare or give himself the right to deprive his people from the benefits of such an important science and great technology, which is a legitimate right

If America drops its bullying as well as its imperialist policies, the Islamic Republic of Iran is ready to cooperate with that country

Ayatollah Ali Akbar Hashemi Rafsanjani (Persian: علی اکبر هاشمی رفسنجانی Ali Akbar Hāshemī Rafsanjānī, Hashemi Bahramani (هاشمی بهرمانی); born August 25, 1934) is an influential Iranian politician, writer and former president. Currently he holds the position of Chairman of the Assembly of Experts (a deliberative body of Mujtahids that is charged with electing, monitoring, and dismissing the Supreme Leader of Iran) and Chairman of the Expediency Discernment Council of Iran (an unelected administrative assembly that resolves legislative conflicts between the Majlis (Parliament) and the Council of Guardians).

Rafsanjani served as President of Iran from 1989 to 1997. In 2005 he ran for a third term in office, placing first in the first round of elections but ultimately losing to rival Mahmoud Ahmadinejad in the run-off round of the 2005 election. He was also elected as the Chairman of Iranian parliament in 1980 and served till 1989. In 1980, Rafsanjani survived an assassination attempt, during which he was seriously injured.

Rafsanjani has been described as a centrist and a "pragmatic conservative". He supports a free market position domestically, favoring privatization of state-owned industries, and a moderate position internationally, seeking to avoid conflict with the United States and the West.

FULL ARTICLE AT WIKIPEDIA.ORG
This article is licensed under the GNU Free Documentation License.
It uses material from the Wikipedia article "Ali Akbar Hashemi Rafsanjani."