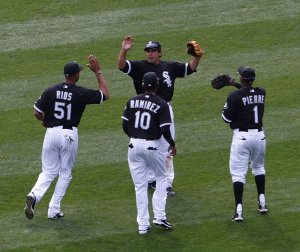 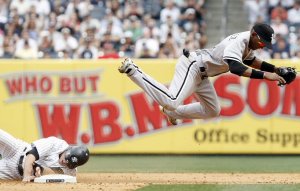 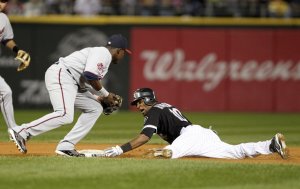 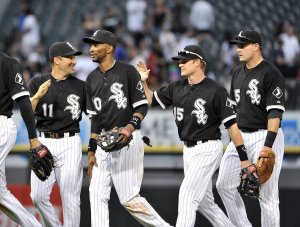 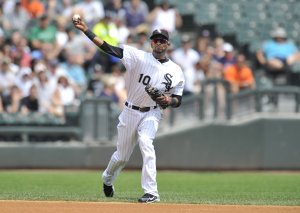 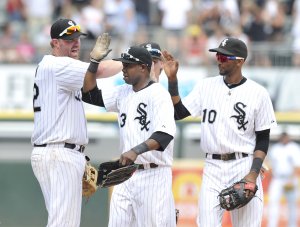 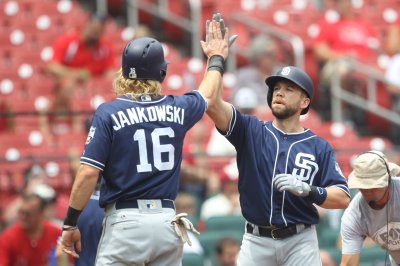 Sports News // 4 years ago
Yasiel Puig gives Los Angeles Dodgers marathon win over San Diego Padres
There is a theory of baseball that argues the longer a game goes, the wider the margin between the reward of winning and the cost of losing. 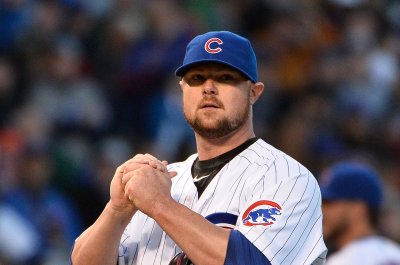 Alexei Fernando Ramírez (born September 22, 1981 in Pinar del Río, Cuba) is a Major League Baseball second baseman and shortstop for the Chicago White Sox. His nickname, given to him by White Sox manager Ozzie Guillén, is "The Cuban Missile" due to his tall, slim physique and combination of speed and power.

In seven years of baseball in the Cuban National Series, Ramírez spent most of his time playing shortstop and outfield for Pinar del Rio. He had a batting average of .335 in Cuba, and led the league in 2007 with 20 home runs while posting a .338 average. Ramírez played center field for Cuba at the 2006 World Baseball Classic, collecting 6 hits in 16 at-bats and impressing US scouts in the process. He hits and throws right-handed.

In September 2007, Ramírez left Cuba to apply for citizenship in the Dominican Republic, and also apply to Major League Baseball to enter free agency, according to his agent, Jaime Torres. He auditioned for many baseball teams before coming to an agreement on a four year contract with the Chicago White Sox on December 21, 2007.

FULL ARTICLE AT WIKIPEDIA.ORG
This article is licensed under the GNU Free Documentation License.
It uses material from the Wikipedia article "Alexei Ramirez."
Back to Article
/