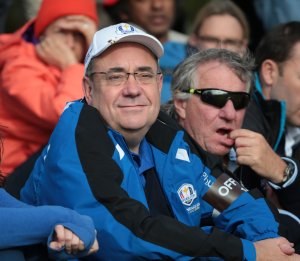 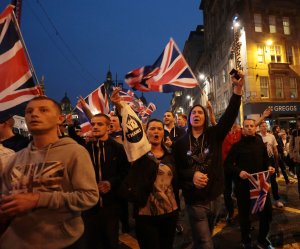 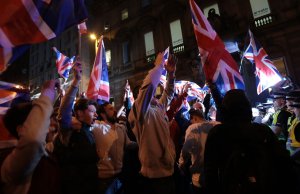 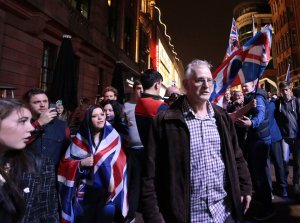 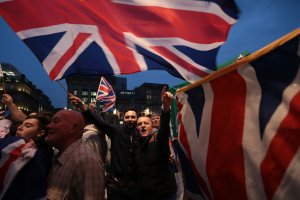 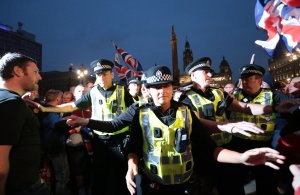 Energy News // 4 years ago
Scotland working to protect EU relations
The Scottish government, which once pushed an independence bid in part on oil revenue, said every option is on the table for staying in the European Union.

Energy News // 5 years ago
Scotland woos Chinese investors to energy sector
A Scottish delegation on an official trip to Beijing said they wanted to draw Chinese investors into the North Sea oil and natural gas sector.
World News // 5 years ago
Britain's Lord Sewel on leave after alleged drug binge
Lord Sewel of Britain's House of Lords was granted a leave of absence Monday after a video allegedly shows him using cocaine in the company of prostitutes.
Energy News // 6 years ago
Scotland vies for stronger energy voice
The Scottish government needs the authority to decide how to manage its resources in order to exploit its true potential, First Minister Alex Salmond said.
Energy News // 6 years ago
Scotland was tricked, 'yes' backers say
The Scottish National Party said it's already frustrated that pledges behind a no vote for independence have been broken.
World News // 6 years ago
First Minister of Scotland and SNP Leader Alex Salmond resigns after failed independence vote
Alex Salmond resigns as First Minister of Scotland and leader of the Scottish National Party after Scots vote to remain part of the United Kingdom.
World News // 6 years ago
Scotland says 'No Thanks,' will remain part of the United Kingdom
After 307 years as a unified nation, the United Kingdom will continue into its 308th and beyond as the people of Scotland have said, "No thanks."
World News // 6 years ago
Scottish referendum: Who says 'yes' and who says 'no'
The debate over Scotland's independence has polarized Scots and the world alike, with many Scottish and English celebrities voicing varying opinions.

If the budget can't pass next time, then the government couldn't stay in office

Since we unveiled the details of the Saltire Prize Challenge at the beginning of December, 33 declarations of interest have been registered from some of the great companies and best minds in the world -- all seeking to come and develop their new energy devices and inventions here in Scotland

We had Wobbly Wendy, and now we have Twisting Tavish

I and my colleagues have therefore offered our support to bring this issue forward now. We believe that Scotland deserves a choice sooner rather than later

Salmond refuses to speed up referendum May 09, 2008

Alexander Elliot Anderson "Alex" Salmond MSP ( /ˈsæmənd/; Scottish Gaelic: Ailig Salmond) born 31 December 1954) is a Scottish politician and current First Minister of Scotland. He became Scotland's fourth First Minister in May 2007. He is the Leader of the Scottish National Party (SNP), having served as Member of the Scottish Parliament (MSP) for Gordon. From 1987 to 2010 he served as Member of Parliament for Banff and Buchan in the UK House of Commons. Salmond previously held the position of leader of the SNP from September 1990 until he stepped down in September 2000.

Originally from Linlithgow, West Lothian, Salmond is a graduate of the University of St Andrews, where he achieved a Joint Honours MA in Economics and History. After earning his degree he began his career in the Government Economic Service (GES), and later joined the Royal Bank of Scotland as an energy economist where he wrote and broadcast extensively for both domestic and international media outlets.

FULL ARTICLE AT WIKIPEDIA.ORG
This article is licensed under the GNU Free Documentation License.
It uses material from the Wikipedia article "Alex Salmond."
Back to Article
/