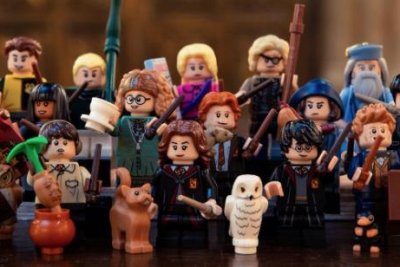 Albus Percival Wulfric Brian Dumbledore is a fictional character and a major protagonist within the Harry Potter novels written by British author J. K. Rowling. For the majority of the series, he is the headmaster of the Wizarding school Hogwarts School of Witchcraft and Wizardry. As part of his back-story, it is revealed that he is the founder and leader of the "Order of the Phoenix", an organisation dedicated to fighting the main antagonist of the series, Lord Voldemort.

The name "Dumbledore" is an old Devon word for "bumblebee" and was picked by Rowling because she imagines him wandering around the castle humming to himself.

Rowling's headmaster at St Michael's School at Winterbourne, Gloucestershire, Alfred Dunn, was the inspiration for Dumbledore. According to the author, Dumbledore is among her favourite characters, and she enjoys writing Dumbledore because he "is the epitome of goodness." Rowling claimed that, if she needs to tell her readers something, Dumbledore speaks for her, as he "knows pretty much everything" about the Harry Potter universe. However, Rowling mentioned Dumbledore regrets "that he has always had to be the one who knew, and who had the burden of knowing. And he would rather not know." As a mentor to the central character Harry Potter, "Dumbledore is a very wise man who knows that Harry is going to have to learn a few hard lessons to prepare him for what may be coming in his life. He allows Harry to get into what he wouldn’t allow another pupil to do and he also unwillingly permits Harry to confront things he’d rather protect him from." In a 1999 interview, Rowling stated that she imagined Dumbledore "more as a John Gielgud type, you know, quite elderly and - and quite stately." Dumbledore's house affiliation during his time as a student was Gryffindor.

FULL ARTICLE AT WIKIPEDIA.ORG
This article is licensed under the GNU Free Documentation License.
It uses material from the Wikipedia article "Albus Dumbledore."
Back to Article
/