TV // 7 months ago
'The Right Stuff' space drama to premiere Oct. 9 on Disney+
Disney+ released a trailer for "The Right Stuff," a National Geographic series about the Mercury Seven astronauts.

TV // 11 months ago
'The Right Stuff': Nat Geo series coming to Disney+ in fall
"The Right Stuff," a National Geographic adaptation of Tom Wolfe's book about the early days of the U.S. space program, will stream on Disney+.

U.S. News // 1 year ago
NASA 'human computer' Katherine Johnson of 'Hidden Figures' dies at 101
Katherine Johnson, the woman hailed as a pioneering mathematician in the United States' space program and depicted in the 2016 movie "Hidden Figures," died on Monday. She was 101. 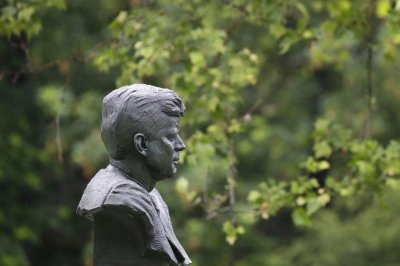 Despite a host of harrowing mischances, he raised the confidence of the astronauts and the capsule engineers alike

Shepard was born in Derry, New Hampshire to Lt. Col. Alan B. Shepard, Sr. and Renza (née Emerson) Shepard. He attended primary and secondary schools in East Derry and Derry.

Shepard began his naval career after graduation from the United States Naval Academy in 1944, and served on the destroyer USS Cogswell while it was deployed in the Pacific Ocean during World War II. He subsequently entered flight training at Corpus Christi, Texas and Pensacola, Florida, and received his naval aviator wings in 1947. He was assigned to Fighter Squadron 42 based at Norfolk, Virginia and Jacksonville, Florida, and served several tours aboard aircraft carriers in the Mediterranean Sea with the squadron.

FULL ARTICLE AT WIKIPEDIA.ORG
This article is licensed under the GNU Free Documentation License.
It uses material from the Wikipedia article "Alan Shepard."
Back to Article
/