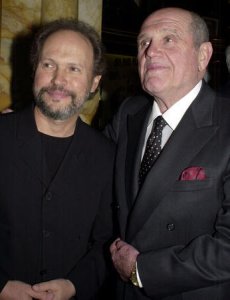 Sports News // 7 hours ago
Scabbard favored in Kentucky Derby prep in weekend horse racing
Scabbard is the favorite in the weekend's Kentucky Derby prep,; Dubai continues to produce thrilling finishes and Hong Kong's Horse of the Year needs a good run to get to Dubai. 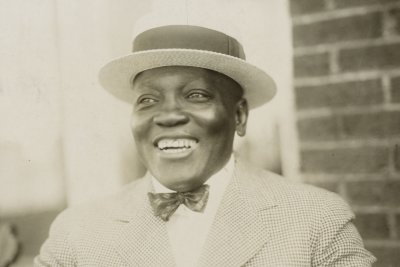 Top News // 3 years ago
The Almanac
On Dec. 26, 1908, Jack Johnson, with a 14th-round KO of Tommy Burns in Australia, became the first African-American to win the world heavyweight boxing title.

Alan King (December 26, 1927 – May 9, 2004) was an American actor and comedian known for his biting wit and often angry humorous rants. King became well-known as a Jewish comedian and satirist. He was also a serious actor who appeared in a number of movies and television shows. King wrote several books, produced films, and appeared in plays. In later years, he helped many philanthropic causes.

The youngest of several children, King was born Irwin Alan Kniberg in New York City, New York, the son of Russian-Jewish immigrants Minnie (née Solomon) and Bernard Kniberg, a handbag cutter. He spent his first years on the Lower East Side of Manhattan. Later, King's family moved to Brooklyn. King used humor to survive in the tough neighborhoods. As a child, King performed impersonations on street corners for pennies.

When he was fourteen, King performed "Brother, Can You Spare A Dime" on the radio program Major Bowes Original Amateur Hour. He lost first prize, but was invited to join a nationwide tour. At fifteen, King dropped out of high school to perform comedy at the Hotel Gradus in the Catskill Mountains. After one joke that made fun of the hotel's owner, King was fired; however, he spent the remainder of that summer and the one that followed as M.C. at Foreman's New Prospect Hotel in South Fallsburg, NY. He later worked in Canada in a burlesque house while also fighting as a professional boxer. He won twenty straight fights before losing. Nursing a broken nose, King decided to quit boxing and focus on his comedy career. King began working as a doorman at the popular nightclub Leon and Eddie's while performing comedy under the last name of the boxer who beat him, "King".

FULL ARTICLE AT WIKIPEDIA.ORG
This article is licensed under the GNU Free Documentation License.
It uses material from the Wikipedia article "Alan King."
Back to Article
/