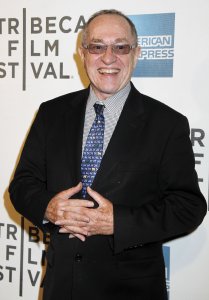 U.S. News // 1 year ago
U.S. government executes Brandon Bernard for Texas slayings
The U.S. government on Thursday executed a man convicted of killing a Texas couple two decades ago -- the second such execution of the lame-duck presidency of Donald Trump.

U.S. News // 2 years ago
Impeachment: Senators discuss Trump's motive in questioning phase of trial
With opening arguments completed, the Senate received an opportunity Wednesday to ask questions on both sides of the impeachment trial of President Donald Trump.

U.S. News // 2 years ago
Impeachment manager Rep. Sylvia Garcia known for calm amid bombast
A veteran Houston politician midway through her first term in Congress, U.S. Rep. Sylvia R. Garcia is at the center of the impeachment trial of President Donald Trump.

U.S. News // 2 years ago
Trump team argues there's no evidence of impeachable crime
President Donald Trump's legal team on Monday argued that Democrats do not have the evidence to charge him with an impeachable crime.

U.S. News // 2 years ago
Dershowitz: Democrats' case meritless because no crime committed
Trump defense lawyer Alan Dershowitz said Sunday he believes Democrats must charge the president with a crime to remove him from office.

We've heard all this before, the talk of the powerful Jewish lobbies and the language one hears on Arab and extreme right-wing Web sites. This is paranoid and conspiratorial

Alan Morton Dershowitz (born September 1, 1938) is an American lawyer, jurist, and political commentator. He has spent most of his career at Harvard Law School where in 1967, at the age of 28, he became the youngest full professor of law in its history. He has held the Felix Frankfurter professorship there since 1993.

Dershowitz is known for his involvement in several high-profile legal cases and as a commentator on the Arab–Israeli conflict. As a criminal appellate lawyer, he has won 13 of the 15 murder and attempted murder cases he has handled, and has represented a series of celebrity clients, including Mike Tyson, Patty Hearst, and Jim Bakker. His most notable cases include his role in 1984 in overturning the conviction of Claus von Bülow for the attempted murder of his wife, Sunny, and as the appellate adviser for the defense in the O.J. Simpson trial in 1995.

He is the author of a number of books about politics and law, including Reversal of Fortune: Inside the von Bülow Case (1985), the basis of the 1990 film; Chutzpah (1991); Reasonable Doubts: The Criminal Justice System and the O.J. Simpson Case (1996); The Case for Israel (2003); and Rights From Wrongs: A Secular Theory of the Origins of Rights (2004).

FULL ARTICLE AT WIKIPEDIA.ORG
This article is licensed under the GNU Free Documentation License.
It uses material from the Wikipedia article "Alan Dershowitz."