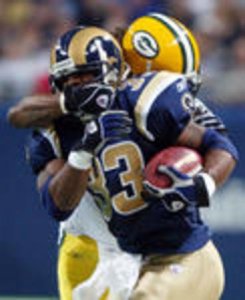 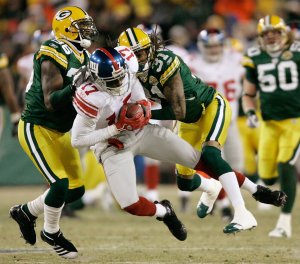 NFL // 3 years ago
Kansas City Chiefs seek answers for slump during bye week
KANSAS CITY, Mo. -- The first half of the season served as a chemistry experiment of sorts for the Kansas City Chiefs.

Alshinard "Al" Harris (born December 7, 1974 in Pompano Beach, Florida) is an American football cornerback who plays for the Green Bay Packers of the National Football League. Harris is known throughout the league for his physical, bump-and-run coverage style.

Harris spent two seasons (1993-94) at Trinity Valley Community College in Athens, Texas where he was a member of the 1994 national championship team. He then transferred to Texas A&M University-Kingsville where he was a two-year starter and letterman (1995-96). Harris was a first-team All-Lone Star Conference pick in 1996.

FULL ARTICLE AT WIKIPEDIA.ORG
This article is licensed under the GNU Free Documentation License.
It uses material from the Wikipedia article "Al Harris."
Back to Article
/