TV // 10 months ago
Marie Osmond considers 'The Talk' co-hosts sisters: 'I love' them
Marie Osmond discussed her bond with her "The Talk" co-hosts after joining the CBS talk show in Season 10. 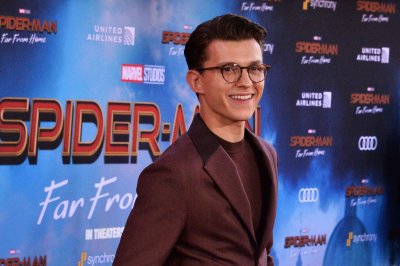 TV // 1 year ago
'Criminal Minds' to end with Season 15
The upcoming 15th season of "Criminal Minds" will be the procedural's last, CBS announced.

Entertainment News // 2 years ago
The Game Awards 2017: How to watch
The 2017 Game Awards is set to be livestreamed Thursday night across all major social platforms and promises to highlight the best video games in the industry.

Sports News // 2 years ago
Mayweather vs. McGregor: Celebrities flood fight, 'Notorious' gets respect
Conor McGregor might have lost Saturday's fight, but he did earn the respect of many fans and fellow athletes.

Aisha N. Tyler (born September 18, 1970) is an American actress, stand-up comedian and writer, perhaps best known for her regular role in the first season of Ghost Whisperer and recurring role in Friends.

Tyler was born in San Francisco, California, the daughter of Robin Gregory, a teacher, and Jim Tyler, a photographer. Her parents divorced when she was 10 and she was raised by her father. She pursued an early interest in comedy during high school, when she would skip her regular courses to attend local improv classes. She attended McAteer High School in San Francisco. She also attended high school classes at San Francisco School of the Arts. She attended Dartmouth College where she earned a degree in environmental policy and was a member of The Tabard, a co-ed fraternity. At Dartmouth, she co-founded and sang in the all-female a cappella group, The Dartmouth Rockapellas, a group devoted to spreading social awareness through song. After briefly working for a San Francisco advertising firm, she toured the country pursuing a comedy career before finally moving to Los Angeles, California in 1996.

Her career in television took off in 2001 with jobs as the host of Talk Soup and the reality-dating series The Fifth Wheel, although Talk Soup was cancelled the following year and Tyler left The Fifth Wheel in 2002 to pursue other interests. Tyler has devoted a significant amount of her time to independent projects, including a role in the play Moose Mating, for which she received an NAACP Image Award. She also wrote, directed, and starred in the independent short film The Whipper.

FULL ARTICLE AT WIKIPEDIA.ORG
This article is licensed under the GNU Free Documentation License.
It uses material from the Wikipedia article "Aisha Tyler."
Back to Article
/