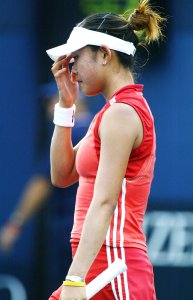 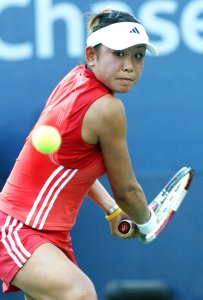 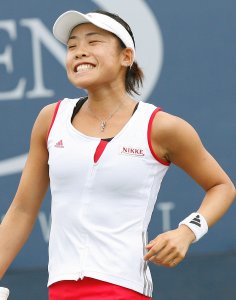 Like her role-model Monica Seles, she has a double-handed forehand and backhand, but serves right-handed. She has won two ITF singles and two ITF doubles titles. In 2006, she made it to the final at the Japan Open in Tokyo, where she lost to Marion Bartoli of France 2–6, 6–2, 6–2.

FULL ARTICLE AT WIKIPEDIA.ORG
This article is licensed under the GNU Free Documentation License.
It uses material from the Wikipedia article "Aiko Nakamura."
Back to Article
/