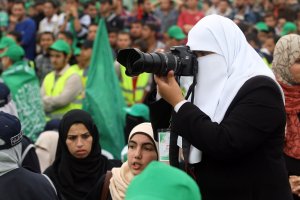 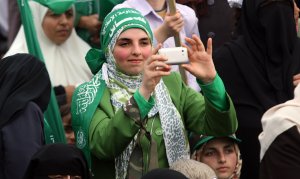 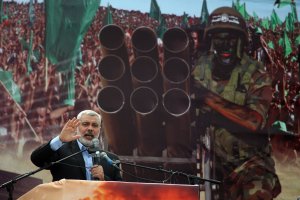 Sheikh Ahmed Ismail Hassan Yassin (1937 – 22 March 2004 ) (Arabic: الشيخ أحمد إسماعيل حسن ياسين‎, alŚaỉċ Åhmad Ḁsmáoíl Hasan Iásín) was a founder of Hamas, an Islamist Palestinian paramilitary organization and political party. Yassin also served as the spiritual leader of the organization. Hamas gained popularity in Palestinian society by establishing hospitals, education systems, libraries and other services, but it has also claimed responsibility for a number of suicide attacks targeting Israeli civilians, leading to its being characterized by the European Union, Israel, Japan, Canada, and the United States as a terrorist organization.

Yassin, a quadriplegic who was nearly blind, had used a wheelchair since a sporting accident at the age of 12. He was assassinated when an Israeli helicopter gunship fired a missile at him as he was being wheeled to early morning prayers. His killing, in an attack that claimed the lives of both his bodyguards and nine bystanders, precipitated much criticism of Israel, and many observers suggested that the act would negatively impact the peace process. 200,000 Palestinians attended his funeral procession.

Ahmed Yassin was born in al-Jura, a small village near the city of Ashkelon, during the British Mandate of Palestine. His date of birth is not known for certain: according to his Palestinian passport, he was born on 1 January 1929, but he claimed to have actually been born in 1938. His father, Abdullah Yassin, died when he was three years old. Afterward, he became known in his neighborhood as Ahmad Sa'ada after his mother Sa'ada al-Habeel. This was to differentiate him from the children of his father's other three wives. Together, Yassin had four brothers and two sisters. He and his entire family fled to Gaza, settling in al-Shati Camp after his village was captured by the Israel Defence Forces during the 1948 Arab–Israeli War.

FULL ARTICLE AT WIKIPEDIA.ORG
This article is licensed under the GNU Free Documentation License.
It uses material from the Wikipedia article "Ahmed Yassin."
Back to Article
/