Top News // 10 months ago
The Almanac
On July 12, 1979, thousands of spectators at a Chicago White Sox game rushed the field at Comiskey Park, declaring disco dead.

Our investigation shows that for the last three months he was acting out of character, not normal, erratic 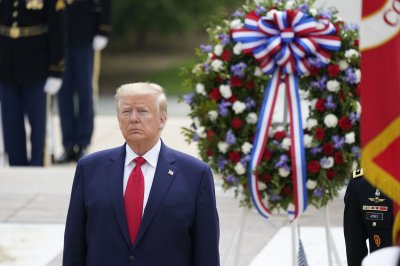 Ahmed Wali Karzai (Pashto: احمد ولي کرزی, Aḥmad Walī Karzay, 1961 – 12 July 2011) was a prominent politician in Afghanistan and the younger paternal half-brother of Afghan President Hamid Karzai and son of Abdul Ahad Karzai. As an elder of the Popalzai Pashtun tribe, he was elected to the Kandahar Provincial Council in 2005 and served as its chairman. Karzai formerly lived in the U.S. city of Chicago, Illinois, where he worked in a restaurant owned by his family. He returned to Afghanistan following the removal of the Taliban government in late 2001. He was shot and killed by one of his bodyguards on July 12, 2011.

Karzai was born in 1961 in the village of Karz, located in the Dand district of Kandahar in Afghanistan. He is the son of Abdul Ahad Karzai and brother of Afghan President Hamid Karzai, Mahmud Karzai and Quayum Karzai. He attended Habibia High School in Kabul but was not able to finish his studies due to the Soviet war in Afghanistan. He migrated to neighbouring Pakistan and then went to the United States where lived for about ten years. He married there and has two sons and three daughters.

He came to political prominence in Afghanistan following the US occupation of the country in 2001, where he was a key ally of the US military in the country's south. He was elected to the Kandahar Provincial Council in 2005 and exercised influence in the province to the extent that he was described as "effectively the governor". At the time of his death, he was the Council's chairman.

FULL ARTICLE AT WIKIPEDIA.ORG
This article is licensed under the GNU Free Documentation License.
It uses material from the Wikipedia article "Ahmed Wali Karzai."
Back to Article
/