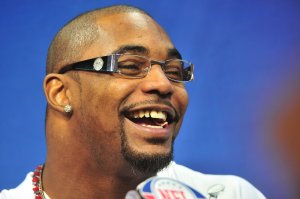 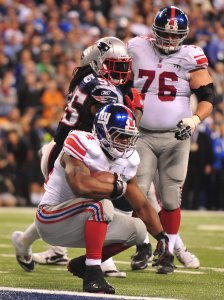 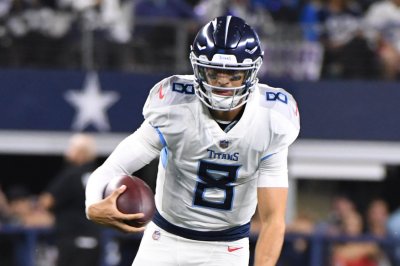 NFL // 2 years ago
Titans try to stay in playoff hunt vs. Giants
The Tennessee Titans face the challenge of trying to win their final three games to have a chance at the AFC's final wild-card spot, starting Sunday on the road against the New York Giants.

NFL // 2 years ago
Plaxico Burress: Saquon Barkley key to igniting New York Giants' offense
A former member of the New York Giants has high hopes for this year's team due in large part to one of the newest players on the club.

NFL // 2 years ago
GM Gettleman: Giants not required to draft QB
New York Giants general manager Dave Gettleman has dismissed the notion that the team must take a quarterback with the second overall pick in next week's NFL draft. 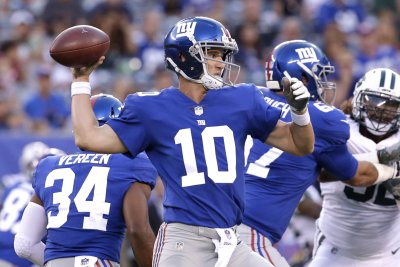 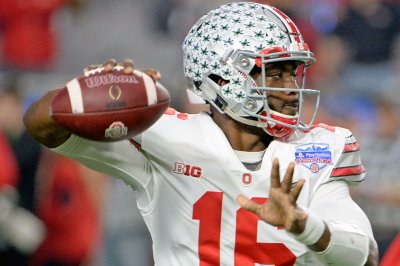 NFL // 3 years ago
Giants coach names Perkins starting running back
Second-year running back Paul Perkins has a clear path to the starting job for the New York Giants. 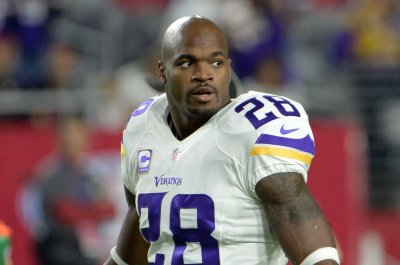 College Football // 4 years ago
2016 Heart of Dallas Bowl recap: Army Black Knights post OT win over North Texas
DALLAS -- Jordan Asberry scored on a 3-yard touchdown run in overtime as Army outlasted North Texas 38-31 on Tuesday in the Zaxby's Heart of Dallas Bowl before a sun-splashed crowd of 39,177 at the venerable Cotton Bowl Stadium in Dallas.

Ahmad Bradshaw (born March 19, 1986) is an American football running back for the New York Giants of the National Football League. He was drafted in the seventh round of the 2007 NFL Draft by the New York Giants. He played college football at Marshall.

Bradshaw was born in Bluefield, Virginia to Diana Davis and James Bradshaw, and played high school football at Graham High School. He was ranked as the #7 player in Virginia and the #28 running back prospect in the country by Rivals.com. He rushed for 2,282 yards and 27 touchdowns as a junior and 2,557 rushing yards and 31 touchdowns as a senior, totaling 5,265 yards and 92 touchdowns while averaging nearly ten yards a carry for his high school career.

Bradshaw originally signed a letter of intent to Virginia and arrived in Charlottesville for football practice, but was kicked off the team by Al Groh before his first season started, after being arrested for underage drinking and running from police. He then enrolled at Marshall University.

FULL ARTICLE AT WIKIPEDIA.ORG
This article is licensed under the GNU Free Documentation License.
It uses material from the Wikipedia article "Ahmad Bradshaw."
Back to Article
/