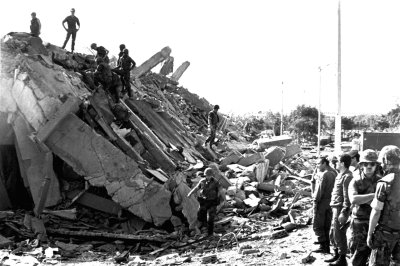 Adlai E. Stevenson College is a residential college at the University of California, Santa Cruz. It was founded in 1966, only a year after the university was established. Currently, the college is host to the Linguistics Department, as well as many humanities faculty.

The college was named after Adlai Stevenson, an American politician and United Nations ambassador. The college was founded in 1966, a year after the establishment of the university and its first college, Cowell.

The core course at Stevenson College is Self & Society. It is the only two-quarter long core course at the university and students can earn up to five general education requirements.

FULL ARTICLE AT WIKIPEDIA.ORG
This article is licensed under the GNU Free Documentation License.
It uses material from the Wikipedia article "Adlai E. Stevenson."
Back to Article
/