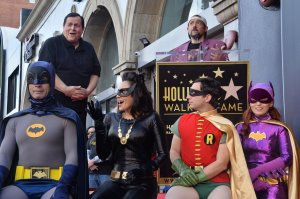 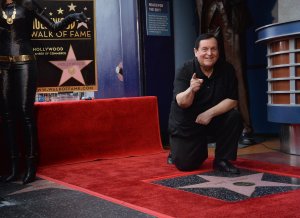 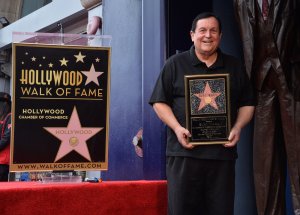 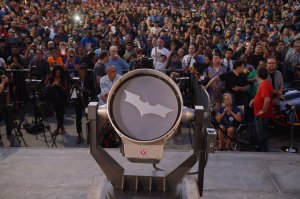 Movies // 3 years ago
William Shatner remembers Adam West: 'I really admired him'
William Shatner says he knew his fellow television icon Adam West for decades before they were cast in the cartoon adventure, "Batman vs. Two-Face."

Entertainment News // 4 years ago
Jaden Smith resurrects white Batman costume in 'Batman' video
Jaden Smith donned his Batman suit and rode around Hollywood to pick fights with other superheroes in the video for his new song "Batman." 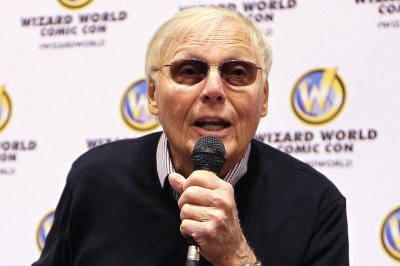 Back to the Batcave: The True Adventures of Adam West and Burt Ward

William West Anderson (born September 19, 1928), better known by the stage name Adam West, is an American actor best known for his lead role in the Batman TV series (1966–1968) and the film of the same name. He is currently known for portraying eccentric characters, as well as his voice work on animated series such as The Fairly OddParents and as the fictionalized character of the same name on Family Guy.

West was born William West Anderson in Walla Walla, Washington to Otto West Anderson and Audrey V. Speer. He has a younger brother named John. He attended Walla Walla High School during his freshman and sophomore years, and later enrolled in Lakeside School in Seattle. He graduated with a Bachelor of Arts degree in Literature and a minor in Psychology from Whitman College in Walla Walla where he was a member of the Beta Theta Pi fraternity and participated on the speech and debate team.

Later, while living in Hawaii, West landed a role as the sidekick on a children's show called El Kini Popo Show, which featured a chimp. West later took over as star of the show.

FULL ARTICLE AT WIKIPEDIA.ORG
This article is licensed under the GNU Free Documentation License.
It uses material from the Wikipedia article "Adam West."
Back to Article
/