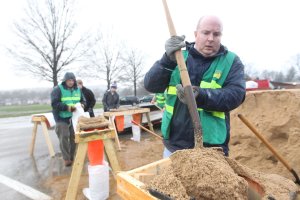 A 2006 graduate of Mounds View High School, Adam was three–time all–state performer and all–conference selection, was a 2005 Star Tribune and KARE-11 All–Metro selection. Adam completed 137 of 250 passes for 1,913 yards and 14 touchdowns his senior campaign. Over his career he completed 320 passes on 598 attempts for 4,771 yards and 35 touchdowns, and also rushed for 1,519 yards and 28 touchdowns. Was a four-time letterwinner in both basketball and baseball and also lettered in track, as well as a four-year Academic Award winner. Adam was ranked as the 14th best dual–threat quarterback in the nation by Rivals.com and the 32nd–best overall quarterback by Scout.com.

Prior to the start of the 2007 season, the 6'3" 220 pound redshirt freshman beat out junior Tony Mortensen for the starting job in Tim Brewster's new spread offense. On the season Weber completed 258 of 449 pass attempts (58%) for 2895 yards and 24 touchdowns with 19 interceptions. He rushed for 617 yards and had 3,512 yards of total offense. His completions, passing yards, passing touchdowns, total offense all set school records, and his interceptions tied a school record.

FULL ARTICLE AT WIKIPEDIA.ORG
This article is licensed under the GNU Free Documentation License.
It uses material from the Wikipedia article "Adam Weber."
Back to Article
/