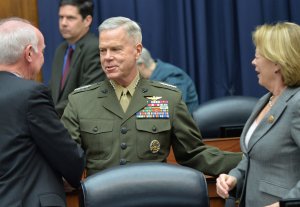 Defense News // 1 month ago
Modly resigns after ripping sailors, ousted captain on open microphone
Acting Secretary of the Navy Thomas B. Modly resigned Tuesday after calling the aircraft carrier captain he fired last week " stupid" in an address to the ship's crew.

Defense News // 3 months ago
Lawmakers criticize Pentagon plan to divert defense funds for border wall
Members of Congress from both parties cautioned Pentagon leaders Wednesday against diverting money designated from the defense budget to construct more sections of a wall along the southern border of the United States.

U.S. News // 5 months ago
Pentagon watchdog evaluates mission of troops along U.S.-Mexico border
The inspector general of the Defense Department has opened an "evaluation" of President Donald Trump's use of military personnel at the U.S.-Mexico border.

World News // 7 months ago
Bank of England says redesigned £20 'most secure' note yet
The Bank of England unveiled its new-look £20 banknote Thursday, which it said includes security features to make it more difficult to counterfeit.

Defense News // 11 months ago
House committee delays decision on funding Space Force
A draft of the National Defense Authorization Act released by the House does not fund the Space Force envisioned by President Donald Trump, but members of Congress say an amendment for it will be voted on Wednesday.

Top News // 11 months ago
The Almanac
On June 5, 2004, Ronald Reagan, the 40th U.S. president, died at his Los Angeles home at the age of 93 of complications from Alzheimer's disease. 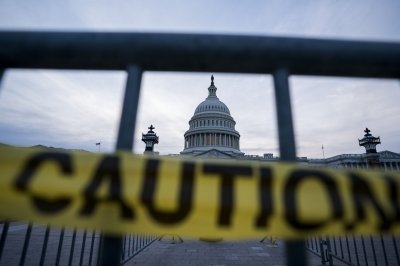 People of the same trade seldom meet together, even for merriment and diversion, but the conversation ends in a conspiracy against the public, or in some contrivance to raise prices

There is a great deal of ruin in a natio

It is not from the benevolence of the butcher, the brewer, or the baker, that we expect our dinner, but from their regard to their own interest. We address ourselves, not to their humanity but to their self-love

No society can surely be flourishing and happy, of which the far greater part of the members are poor and miserable

Adam Smith (baptised 16 June 1723 – died 17 July 1790 ) was a Scottish social philosopher and a pioneer of political economy. One of the key figures of the Scottish Enlightenment, Smith is the author of The Theory of Moral Sentiments and An Inquiry into the Nature and Causes of the Wealth of Nations. The latter, usually abbreviated as The Wealth of Nations, is considered his magnum opus and the first modern work of economics. It earned him an enormous reputation and would become one of the most influential works on economics ever published. Smith is widely cited as the father of modern economics and capitalism.

Smith studied social philosophy at the University of Glasgow and the University of Oxford. After graduating, he delivered a successful series of public lectures at Edinburgh, leading him to collaborate with David Hume during the Scottish Enlightenment. Smith obtained a professorship at Glasgow teaching moral philosophy, and during this time he wrote and published The Theory of Moral Sentiments. In his later life, he took a tutoring position that allowed him to travel throughout Europe, where he met other intellectual leaders of his day. Smith returned home and spent the next ten years writing The Wealth of Nations, publishing it in 1776. He died in 1790.

Smith was born to Margaret Douglas at Kirkcaldy, Fife, Scotland. His father, also named Adam Smith, was a lawyer, civil servant, and widower who married Margaret Douglas in 1720 and died two months before Smith was born. Although the exact date of Smith's birth is unknown, his baptism was recorded on 5 June 1723 at Kirkcaldy. Though few events in Smith's early childhood are known, Scottish journalist and Smith's biographer John Rae recorded that Smith was abducted by gypsies at the age of four and released when others went to rescue him. Smith was close to his mother, who likely encouraged him to pursue his scholarly ambitions. He attended the Burgh School of Kirkcaldy—characterised by Rae as "one of the best secondary schools of Scotland at that period"—from 1729 to 1737. While there, Smith studied Latin, mathematics, history, and writing.

FULL ARTICLE AT WIKIPEDIA.ORG
This article is licensed under the GNU Free Documentation License.
It uses material from the Wikipedia article "Adam Smith."
Back to Article
/