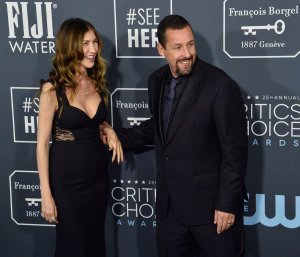 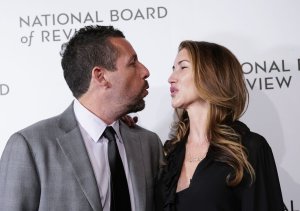 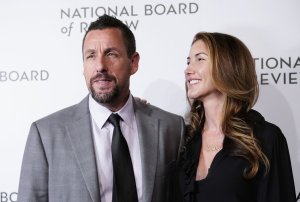 Movies // 15 hours ago
What to binge: 5 movies to watch after 'Senior Year'
"Night School," "Billy Madison" and "Never Been Kissed" are a few films about adults returning to school to watch after Netflix's "Senior Year."

Movies // 7 months ago
Jennifer Aniston, Adam Sandler onboard 'Murder Mystery' sequel
Netflix has announced it is making a sequel to its popular 2019 comedy, "Murder Mystery."

Entertainment News // 8 months ago
Stars mourn Norm Macdonald: 'Every one of us loved Norm'
Stars and comedians, such as Adam Sandler, Sarah Silverman and David Letterman, paid tribute to Norm Macdonald on social media following his death.

The Day I Turned Uncool: Confessions of a Reluctant Grown-up

Actually when I made 'Billy Madison,' I remember... thinking, 'It's going to be fun when it comes out and they actually write stuff about you and my parents will read it,

Like I said, I'm 36 now I kinda grew up doing this ... I've been making movies for 10 years. I've been doing stand-up. I got rejected by stand-up crowds since I'm 17. I've been hit a bunch of times and I'm all right with that. I know in my heart I've always worked hard and tried to make funny movies. And I believe in my movies, and critically I know a lot of critics object to what I do. But it can't hurt me that much if in my head I realize I wasn't making a movie. ... When I was 17 getting into this I didn't say, 'I want to make movies one day that the critics will say, 'This guy is incredible.'' I wanted to make movies like what Eddie Murphy did for me when I was growing up

Things were so scary you couldn't help but laugh, but you're usually too embarrassed to laugh out of respect for someone going through something rough, and then maybe you feel guilty for laughing. I probably got my confusion out when I was writing the script. Adam's very funny, so you kinda laugh at anything he does, he can make it funny pretty fast. When he gets mad it's so honest that's its scary and maybe funny, too. I think it's funny when he beats up the bathrooms. It's scary, but also funny

Actually when I made 'Billy Madison,' I remember ... thinking 'It's going to be fun when it comes out and they actually write stuff about you and my parents will read it,

After becoming a Saturday Night Live cast member, Sandler went on to star in several Hollywood feature films that grossed over $100 million at the box office. He is best known for his comedic roles, such as in the films Billy Madison (1995), Happy Gilmore (1996), Big Daddy (1999), and Mr. Deeds (2002), though he has ventured into more dramatic territory. In 1999, Sandler founded Happy Madison, a film and television production company that has produced numerous films and developed the 2007 television series Rules of Engagement.

Adam Sandler was born in Brooklyn, New York to Jewish parents, Stanley, an electrical engineer, and Judy Sandler, a nursery school teacher. When he was five, his family moved to Manchester, New Hampshire, where he attended Manchester Central High School. He found he was a natural comic, and nurtured his talent while at New York University by performing regularly in clubs and on campuses. Sandler graduated from NYU's Tisch School of the Arts in 1988.

FULL ARTICLE AT WIKIPEDIA.ORG
This article is licensed under the GNU Free Documentation License.
It uses material from the Wikipedia article "Adam Sandler."