MLB // 2 years ago
Indians send Kluber to mound to face Royals
CLEVELAND -- Trying to stay interested in a division race they have all but officially won, the Cleveland Indians will play the finale of a nine-game homestand Wednesday afternoon when they host the Kansas City Royals at Progressive Field. 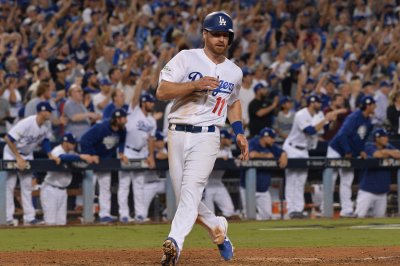 MLB // 3 years ago
Jake Lamb's two homers help Arizona Diamondbacks cool off Los Angeles Dodgers
Arizona Diamondbacks third baseman Jake Lamb once got mad when teams intentionally walked a batter to face him. He respects the choice now, and he is slowly learning to get even. 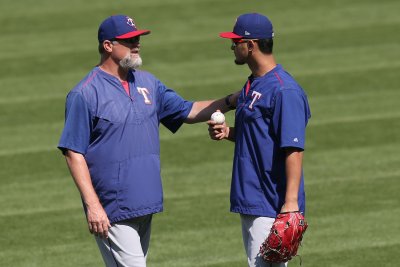 Adam M. Rosales (born May 20, 1983 in Chicago, Illinois) is an American Major League Baseball infielder for the Oakland Athletics.

He made his major league debut as a pinch hitter for the Cincinnati Reds on August 9, 2008. Rosales was recalled from Louisville on August 20 following the injury of Jerry Hairston, Jr.

Rosales began the 2009 season with the Triple-A Louisville Bats after failing to earn a spot on the Reds' roster. He was called up on April 28 following the placement of Edwin Encarnacion on the 15-day disabled list. On February 1, 2010, Rosales was traded along with Willy Taveras to the Oakland Athletics for Aaron Miles and a player to be named later.

FULL ARTICLE AT WIKIPEDIA.ORG
This article is licensed under the GNU Free Documentation License.
It uses material from the Wikipedia article "Adam Rosales."
Back to Article
/