TV // 1 year ago
'Criminal Minds' to end with Season 15
The upcoming 15th season of "Criminal Minds" will be the procedural's last, CBS announced. 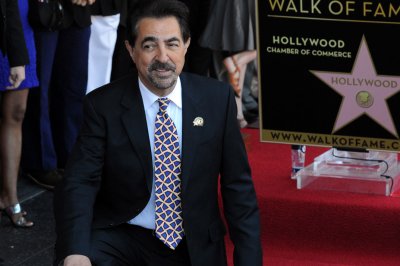 Adam Michael Rodríguez (born April 2, 1975 in Yonkers, New York) is an American actor. He is most well known for his role as Eric Delko on CSI: Miami.

Adam grew up in New York City and is of Cuban and Puerto Rican descent. He attended Clarkstown High School North in New City, New York along with NFL player Keith Bulluck of the Tennessee Titans, where he graduated with the class of 1993. Rodriguez had initially hoped to be a professional baseball player, but after a high school injury, he turned his attention to acting and performed in a children's theater in New York. Prior to full-time acting, he was a stockbroker.

He has appeared in commercials, including one for Coca-cola. His first film appearance was as an extra in The X-Files. He later appeared on Brooklyn South, Law & Order, Felicity, Roswell (alongside Brendan Fehr, with whom he would reunite in CSI: Miami) and NYPD Blue. He also appeared in a number of music videos, including Jennifer Lopez's 1999 video, "If You Had My Love",Busta Rhymes' "Respect My Conglomerate", Lionel Richie's "I Call it Love", opposite Nicole Richie, and 50 Cent's "Many Men", alongside Rory Cochrane. He was also a participant in the pro-Obama video, "Yes We Can."

FULL ARTICLE AT WIKIPEDIA.ORG
This article is licensed under the GNU Free Documentation License.
It uses material from the Wikipedia article "Adam Rodriguez."
Back to Article
/