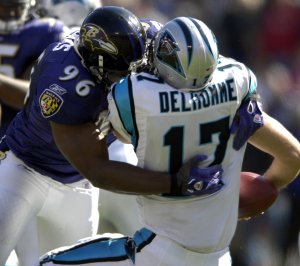 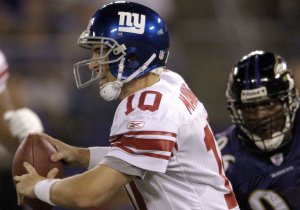 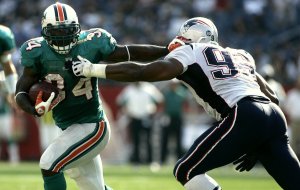 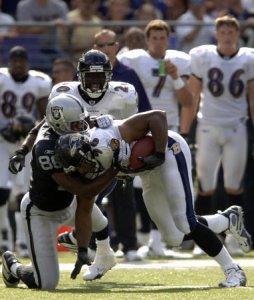 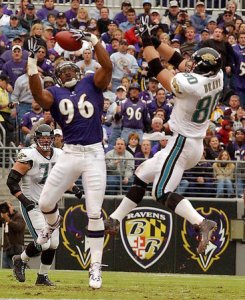 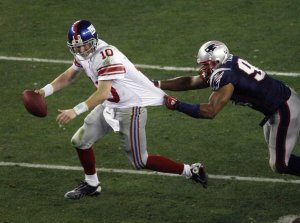 Adalius Donquail Thomas (pronounced ) (born July 18, 1977 in Equality, Alabama) is an American football linebacker for the New England Patriots of the National Football League. He was drafted by the Baltimore Ravens in the sixth round of the 2000 NFL Draft. He played college football at Southern Mississippi.

Thomas attended Central Coosa High School in Rockford, Alabama and was a letterman in football and basketball. In football, as a senior, he was named as a Class 4A All-State selection by the Birmingham News and as an Honorable Mention Class 4A All-State selection by the Montgomery Adviser. In basketball, as a senior, he led his team to the State Title and was named the Alabama Class 4A Player of the Year.

Thomas attended the University of Southern Mississippi, where he was a star defensive end for head coach Jeff Bower. Thomas led one of the top defenses in college football, notching Conference USA Defensive Player of the Year honors his junior and senior years. The Golden Eagles won three Conference USA championships (1996, 1997, and 1999) in his four years in Hattiesburg, losing only two conference games and winning two Liberty Bowls.

FULL ARTICLE AT WIKIPEDIA.ORG
This article is licensed under the GNU Free Documentation License.
It uses material from the Wikipedia article "Adalius Thomas."
Back to Article
/