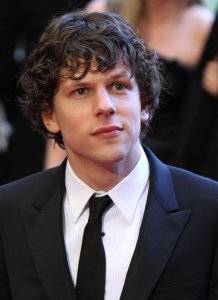 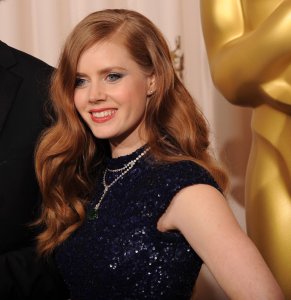 Couples at the 82nd Academy Awards

Backstage at the 82nd Academy Awards

An Academy Award, also known as an Oscar, is an accolade bestowed by the American Academy of Motion Picture Arts and Sciences (AMPAS)[1] to recognize excellence of professionals in the film industry, including directors, actors, and writers. The formal ceremony at which the awards are presented is one of the most prominent award ceremonies in the world, and is televised live in more than 100 countries annually. It is also the oldest award ceremony in the media; its equivalents, the Grammy Awards (for music), Emmy Awards (for television), and Tony Awards (for theatre) are modeled after the Academy. The AMPAS was originally conceived by Metro-Goldwyn-Mayer studio boss Louis B. Mayer as a professional honorary organization to help improve the film industry’s image and help mediate labor disputes. The Oscar itself was later initiated by the Academy as an award "of merit for distinctive achievement" in the industry.[2] The first Academy Awards ceremony was held on May 16, 1929, at the Hotel Roosevelt in Hollywood to honor outstanding film achievements of the 1927/1928 film season. The most recent ceremony, honoring films in 2010, was held at Hollywood's Kodak Theatre on February 27, 2011. History Gary Cooper and Joan Fontaine holding their Oscars at the Academy Awards, 1942 The first awards were presented on May 16, 1929, at a private brunch at the Hollywood Roosevelt Hotel with an audience of about 270 people. The post Academy Awards party was held at the Mayfair Hotel.[3] The cost of guest tickets for that night's ceremony was $5. Fifteen statuettes were awarded, honoring artists, directors and other personalities of the filmmaking industry of the time for their works during the 1927–1928 period. Winners had been announced three months earlier of their triumphs; however that was changed in the second ceremony of the Academy Awards in 1930. Since then and during the first decade, the results were given to newspapers for publication at 11 pm on the night of the awards.[3] This method was used until the Los Angeles Times announced the winners before the ceremony began; as a result, the Academy has used a sealed envelope to reveal the name of the winners since 1941.[3] For the first six ceremonies, the eligibility period spanned two calendar years. For example, the 2nd Academy Awards presented on April 3, 1930, recognized films that were released between August 1, 1928 and July 31, 1929. Starting with the 7th Academy Awards, held in 1935, the period of eligibility became the full previous calendar year from January 1 to December 31. The first Best Actor awarded was Emil Jannings, for his performances in The Last Command and The Way of All Flesh. He had to return to Europe before the ceremony, so the Academy agreed to give him the prize earlier; this made him the first Academy Award winner in history. The honored professionals were awarded for all the work done in a certain category for the qualifying period; for example, Emil Jannings received the award for two movies in which he starred during that period. Since the fourth ceremony, the system changed, and the professionals were honored for a specific performance in a single film. As of the 82nd Academy Awards ceremony held in 2010, a total of 2,789 Oscars have been given for 1,825 awards.[4] A total of 302 actors have won Oscars in competitive acting categories or been awarded Honorary or Juvenile Awards. The 1939 film Beau Geste is the only movie that features as many as four Academy Award winners for Best Actor in a Leading Role (Gary Cooper, Ray Milland, Susan Hayward, Broderick Crawford) prior to any of the actors receiving the Best Actor Award. At the 29th ceremony, held on March 27, 1957, the Best Foreign Language Film category was introduced. Until then, foreign language films were honored with the Special Achievement Award.

FULL ARTICLE AT WIKIPEDIA.ORG
This article is licensed under the GNU Free Documentation License.
It uses material from the Wikipedia article "Academy Award."
Back to Article
/