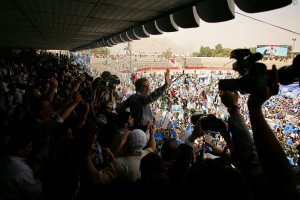 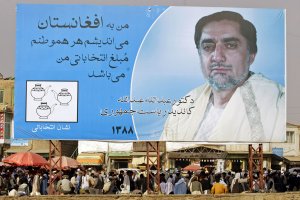 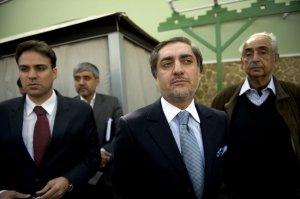 World News // 5 months ago
U.S. commander meets with Taliban officials amid turmoil
A top U.S. commander has met with leaders of the Taliban amid accusations that each side has violated a peace deal.

World News // 5 months ago
Taliban, Afghanistan prepare for prisoner swap
Afghanistan and the Taliban will begin a long-awaited prisoner exchange this week, the Taliban and sources within the government said Wednesday. 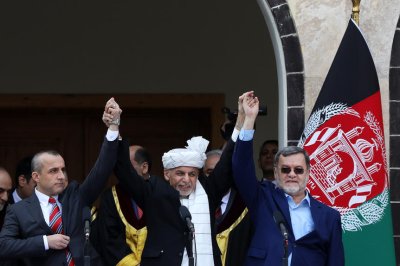 World News // 5 months ago
EU lauds Afghan gov't for assembling 'inclusive' team for Taliban talks
A European Union delegation said Tuesday a decision by Afghan political leaders to form a negotiation team to meet with the Taliban is an "important step" in progressing key peace talks.

World News // 6 months ago
United States cuts aid to Afghanistan after Pompeo's visit
U.S. Secretary of State Mike Pompeo made an unannounced visit to Afghanistan Monday in a bid to break a political dispute gripping the government in Kabul and stalling peace talks with the Taliban.

We agreed that contacts should be established with the opposition

I know that it is a very sensitive issue, and we know the concerns of the American people

Palestinian people's commitment to its internationally recognized rights of self determination, of returning to its homeland and of establishing its independent state 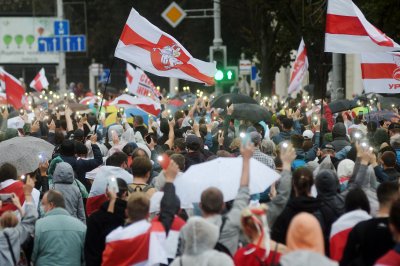 Abdullah Abdullah (Persian: عبدالله عبدالله) is an Afghan politician and a doctor of medicine. He was an adviser and friend to Ahmad Shah Massoud, legendary anti-Taliban leader and commander known as the "Lion of Panjshir". After the fall of the Taliban regime, Dr. Abdullah served as Afghanistan's Foreign Minister from 2001 until 2005. In 2009 Abdullah ran as an independent candidate in the Afghan presidential election and came in second place with 30.5% of the total votes. On November 1, 2009, Abdullah quit the runoff election that would have taken place six days later, on November 7, due to large-scale allegations of fraud against his opponent Hamid Karzai. In 2010 Abdullah created the Coalition for Change and Hope which is the leading democratic opposition movement in Afghanistan.

Abdullah was born in Kabul, Afghanistan in 1960. Until he became a government minister, he had only one name, Abdullah; demands from Western newspaper editors for a second name led him to adopt the name Abdullah Abdullah. Like most Afghans, he was raised in a devout Muslim family. Abdullah Abdullah is of mixed Tajik and Pashtun ethnicity. His father, Ghullam Muhayuddin Khan, was from the Kandahar region, and was a high ranking government official who had risen through the ranks. Abdullah's early years were split between living in Kandahar and Kabul, where his father was serving as an administrator in the land survey and subsequently the inspection section of the Prime Minister’s office. A number of his ancestors had worked in the court of the royal house of Afghanistan in past centuries.

Eventually, Abdullah’s family settled in Kabul where his father was appointed as a senator by King Zahir Shah. Abdullah’s father had a great impact on his son's life.

FULL ARTICLE AT WIKIPEDIA.ORG
This article is licensed under the GNU Free Documentation License.
It uses material from the Wikipedia article "Abdullah Abdullah."
Back to Article
/