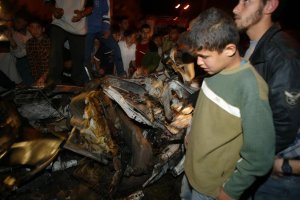 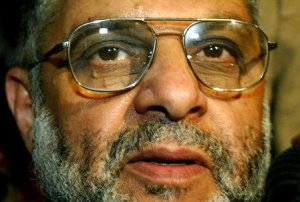 Top News // 3 years ago
The Almanac
On April 17, 1961, a force of anti-Castro rebels began the Bay of Pigs Invasion in an attempt to overthrow Cuba's new communist government.

Rantissi was Hamas's political leader and spokesman in the Gaza Strip following the Israeli assassination of Hamas spiritual leader Sheikh Ahmad Yassin in March 2004. Like most Hamas members, Rantissi opposed any compromise with Israel and called for the creation of a state of Palestine (including the whole of the State of Israel) through military exertion against the Jewish state. In addition, Rantissi was the most vocal of Hamas leaders to deny the Holocaust, claiming that the Holocaust never occurred as described by Western historians and that Zionists at one time supported and funded Nazi activities.

He was considered a terrorist by the United States, the European Union, and Israel for advocating suicide bombings of civilians. Rantissi was quoted by the Chicago Tribune as saying, "We will kill Jews everywhere. There will be no security for any Jews, those who came from America, Russia or anywhere."

FULL ARTICLE AT WIKIPEDIA.ORG
This article is licensed under the GNU Free Documentation License.
It uses material from the Wikipedia article "Abdel Aziz Rantisi."
Back to Article
/