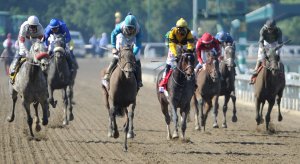 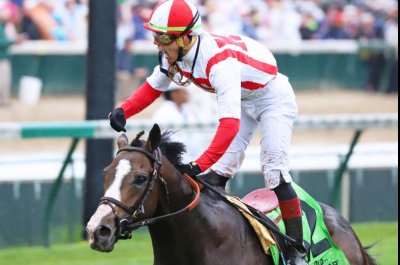 Sports News // 2 years ago
Kentucky Derby weekend had lots of top-quality action
As usual, the Kentucky Derby took focus from some top-shelf action in other racing divisions, including a spectacular week on the turf for trainer Chad Brown 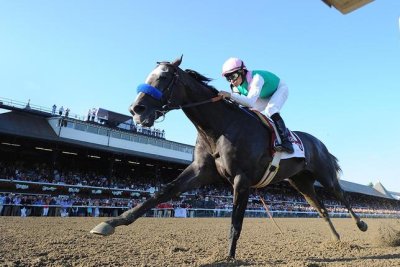 Horse Racing // 4 years ago
UPI Horse Racing Roundup
Arrogate destroys the Travers, Flintshire finds his way through in the Sword Dancer, Lady Eli returns with a good effort and the "Magic Man" waves his wand in Japan -- plus much more from weekend Thoroughbred racing.

Sports News // 5 years ago
Exaggerator 9-5 Belmont favorite from No. 11 post
Kentucky Derby runner-up and Preakness winner Exaggerator drew the No. 11 post position Wednesday in a field of 13 entered for Saturday's 148th Belmont Stakes.

She broke well and naturally I could have made the lead

I'm glad it's over. She's done everything and then some. This is the way to go out

I don't know how many more races he has in him

Growing up fifteen minutes away from the Santa Anita racetrack, as a boy Gryder had no contact with horses other than his father and his grandparents' interest in attending the nearby races. But from as early as he could recall all he wanted to be was around horses as a professional jockey. At the age of 13 he left home to learn to ride at the invitation of retired jockey Rudy Campas.

At 16, he made his first attempt to ride professionally at Santa Anita, but within days, exercising a horse, his saddle slipped, throwing him to his left side, His right foot was trapped in the iron (stirrup). For this, he was asked to leave the track by the racing stewards for being green and unready. Aaron was advised to go to Tijuana, Mexico and hone his skills at its Agua Caliente Racetrack. Short by a few wins of becoming the track's leading rider, he was persuaded to return to California and try again.

FULL ARTICLE AT WIKIPEDIA.ORG
This article is licensed under the GNU Free Documentation License.
It uses material from the Wikipedia article "Aaron Gryder."
Back to Article
/