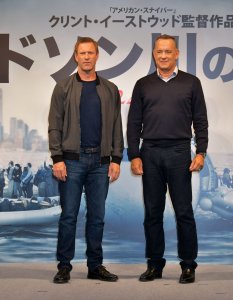 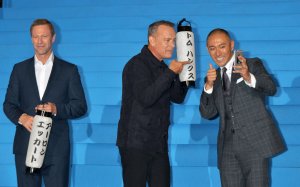 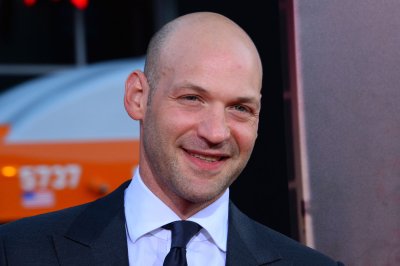 Top News // 4 years ago
The Almanac
On March 12, 1938, Nazi Germany invaded and occupied Austria. New Nazi leaders in the Austrian provinces ordered all business suspended for a national celebration.

Heath showed me pictures of (Matilda) ... . (He) would come in and say she did this and she did that

Aaron Edward Eckhart (born March 12, 1968) is an American film and stage actor. Born in California, he moved to England at the age of 13 when his father relocated the family. Several years later, he began his acting career performing in school plays before moving to Sydney, Australia, for his high school senior year. He left high school without graduating, but earned a diploma through an adult education course. He graduated from Brigham Young University (BYU) in 1994, gaining a Bachelor of Fine Arts degree in film. For much of the mid-1990s, he lived in New York City as a struggling, unemployed actor.

As an undergraduate at Brigham Young, Eckhart met director and writer Neil LaBute who cast him in several of LaBute's original plays. Five years later, Eckhart made a debut as an unctuous sociopathic ladies' man in LaBute's black comedy film In the Company of Men (1997). Under LaBute's guidance, he worked in the director's films Your Friends & Neighbors (1998), Nurse Betty (2000), and Possession (2002). Eckhart has chosen roles in an eclectic range of movies, from science fiction films such as The Core (2003) and Paycheck (2003) to romantic dramas like Conversations with Other Women (2006) and No Reservations (2007).

Eckhart gained wide recognition as George in Steven Soderbergh's critically acclaimed film Erin Brockovich (2000) and, in 2006, received a Golden Globe nomination for Best Actor for his portrayal of Nick Naylor in Thank You for Smoking. In 2008, he starred in the big-budget studio film The Dark Knight as District Attorney Harvey Dent and the villain he becomes, Two-Face. Eckhart starred alongside Nicole Kidman in the film Rabbit Hole (2010).

FULL ARTICLE AT WIKIPEDIA.ORG
This article is licensed under the GNU Free Documentation License.
It uses material from the Wikipedia article "Aaron Eckhart."
Back to Article
/