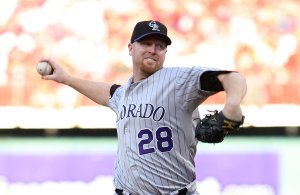 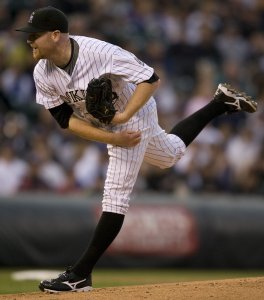 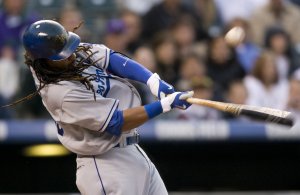 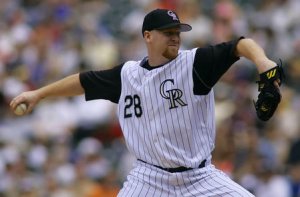 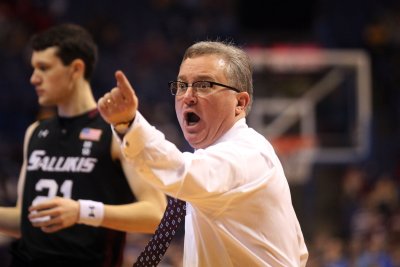 Aaron Lane Cook (born February 8, 1979, in Fort Campbell, Kentucky) is a Major League Baseball right-handed starting pitcher for the Colorado Rockies. He has played his entire baseball career with the Rockies.

In high school, while playing for Hamilton High, Cook allowed only one home run, to current Red Sox first baseman Kevin Youkilis, who was playing for Sycamore High School in suburban Cincinnati.

Cook saw his 2004 season come to an abrupt end when it was discovered that he suffers from pulmonary embolism, or blood clots. During an August 7 start against the Cincinnati Reds, Cook complained of dizziness and shortness of breath. After he was taken to a local hospital, doctors discovered blood clots had formed in his right shoulder. On September 10, Cook underwent extensive surgery at a St. Louis hospital during which the first rib on his right side was removed to relieve compression on a major blood vein.

FULL ARTICLE AT WIKIPEDIA.ORG
This article is licensed under the GNU Free Documentation License.
It uses material from the Wikipedia article "Aaron Cook."
Back to Article
/