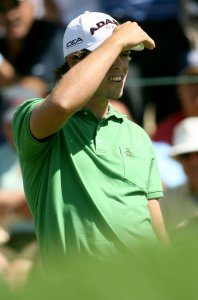 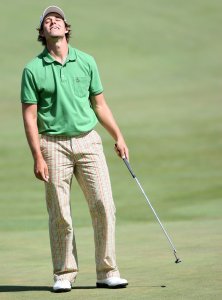 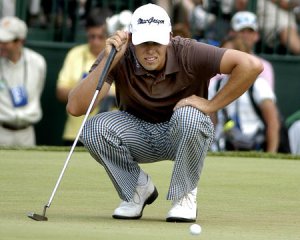 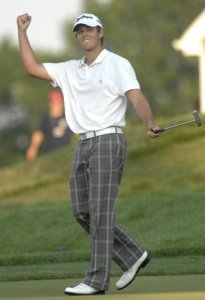 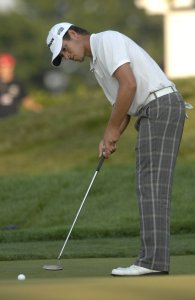 Golf // 3 years ago
This week in golf: Who is playing, how to watch, schedule
Here is this week's slate of golf action, highlighted by the 146th Open Championship that begins on Thursday.

Golf // 4 years ago
2017 Dean & Deluca Invitational: Danny Lee fires second-round 64, tied for lead
The combination of windy conditions and the demands for game management and confident putting have created a logjam at the top of the leaderboard.

Golf // 5 years ago
PGA Notebook: Tiger to host Los Angeles Open; Australian Masters canceled
--The Tiger Woods Foundation will be the host organization for the tournament that began as the Los Angeles Open, the PGA Tour announced.

Sports News // 5 years ago
Four tied for first-round lead in Mexico
Aaron Baddeley enjoyed a good first day at the OHL Classic at Mayakoba, shooting a 6-under-par 65 to tie for the opening-round lead with Derek Fathauer, Justin Leonard and Shawn Stefani in Playa del Carmen, Mexico.

I was definitely a lot more calm today than I was at Hilton Head (S.C.) coming down the stretch

I hit a lot of good shots on the front nine

It's going to be exciting, my first time leading a PGA Tour event and playing with the second-best player in the world

Aaron John Baddeley (born 17 March 1981) is an American-Australian professional golfer. He was born in Lebanon, New Hampshire, USA and now plays on the U.S.-based PGA Tour, has joint U.S. and Australian citizenship and was raised in Australia from the age of two. He represents Australia in international golf.

When he was in his late teens, Baddeley was seen as one of the most promising talents in world golf. He was the youngest player ever to represent Australia in the Eisenhower Trophy and he won the Holden Australian Open as an amateur in 1999 and retained his title in 2000, by which time he had turned professional. In 2001, he won the Greg Norman Holden International in Australia. He won the PGA Tour of Australasia's Order of Merit in 2000/01. However of the following few years he came to be overshadowed by his Australian contemporary Adam Scott, who is less than a year older than Baddeley but reached the world top 10 in 2005.

In 2002, Baddeley played on the second tier Nationwide Tour in the U.S. and placed tenth on the money list to earn a PGA Tour card for 2003. He had second place finishes on the PGA Tour in 2003 at the Sony Open in Hawaii and 2004 at the Chrysler Classic of Tucson. However he struggled for consistency, and after a solid rookie season, when he finished 73rd on the money list, he only just retained his card in 2004, when he came 124th. In 2005 he moved back up the rankings to 78th and in 2006 he won his first PGA Tour title at the Verizon Heritage.

FULL ARTICLE AT WIKIPEDIA.ORG
This article is licensed under the GNU Free Documentation License.
It uses material from the Wikipedia article "Aaron Baddeley."
Back to Article
/