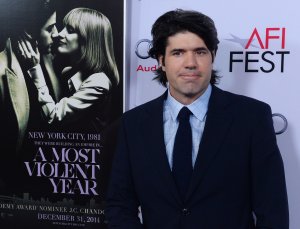 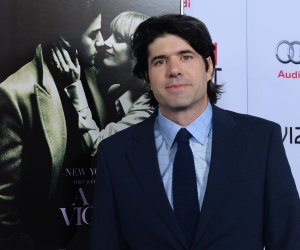 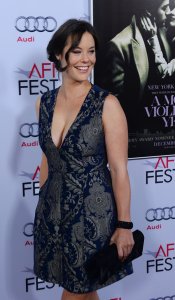 Sports News // 4 years ago
Conor McGregor: UFC star obsessed with $480M yacht owned by Russian billionaire
MMA star Conor McGregor spotted a humungous yacht this week while lounging in the Mediterranean Sea.
Music // 8 years ago
Chris Brown suffers seizure, blames negativity
Singer Chris Brown suffered a seizure while working at a Los Angeles recording studio, due to fatigue and "non-stop negativity," he said in a statement.
World News // 9 years ago
S. Africa charges 19 with DRC coup plot
Nineteen men were charged Thursday in South Africa with organizing a coup in the Democratic Republic of Congo.
Special Reports // 9 years ago
Europe frets over civilian toll in Mali
A "triple crisis" that's fallen on the civilian population in Mali prompted the European Commission to boost its humanitarian aid, a crisis official said.
Health News // 1 decade ago
Produce can harbor food pathogens
Eating fruits and vegetables is important to maintaining good health, but produce can harbor pathogens that can make people ill, U.S. officials say.
Top News // 1 decade ago
World pauses, remembers World War I vets
Dignitaries from France and Britain on Tuesday laid wreaths at Verdun, France, to note the 90th anniversary of the end of World War I.
Science News // 1 decade ago
Genes might predict bowel cancer prognosis
French medical scientists say they've identified patterns of gene expression that can predict response to treatment of advanced metastatic colorectal cancer.
Energy News // 1 decade ago
Analysis: Kazakhstan and the BTC pipeline
The August military confrontation between Georgia and Russia has highlighted the vulnerability of the West's prize project to bring Caspian oil westward, the $3.6 billion, 1,092-mile Baku-Tbilisi-Ceyhan pipeline. On Aug. 5, BTC exports were halted by a mysterious explosion, temporarily halting Azeri oil exports. Despite the pipeline's vulnerability, Kazakhstan has now decided to use the BTC to transport limited amounts of crude from its Tengiz field westward.
Business News // 1 decade ago
Airport fees in focus in Orlando, Fla.
Fees airlines pay to airports have suddenly come into focus as U.S. carriers struggle with rising jet fuel costs, industry observers said.
Special Reports // 1 decade ago
Analysis: NATO's new significant threats
In a rapidly changing world where terrorism and the proliferation of nuclear weapons are replacing conventional enemies, the North Atlantic Treaty Organization is finding that it needs to reinvent itself in order to address what it has identified as "significant threats."

'Top Gun' returns to top of the North American box office with $30.5M

Andrzej Wƚodzimierz Mostowski (1 November 1913 – 22 August 1975) was a Polish mathematician. He is perhaps best remembered for the Mostowski collapse lemma.

Born in Lwów, Austria-Hungary, Mostowski entered University of Warsaw in 1931. He was influenced by Kuratowski, Lindenbaum and Tarski. His Ph.D. came in 1939, officially directed by Kuratowski but in practice directed by Tarski who was a young lecturer at that time.

He became an accountant after the German invasion of Poland but continued working in the Underground Warsaw University. After the Warsaw uprising of 1944 the Nazis tried to put him in a concentration camp. With the help of some Polish nurses he escaped to a hospital, choosing to take bread with him rather than his notebook containing his research. Some of this research he reconstructed after the War, however much of it remained lost.

FULL ARTICLE AT WIKIPEDIA.ORG
This article is licensed under the GNU Free Documentation License.
It uses material from the Wikipedia article "A. Most."