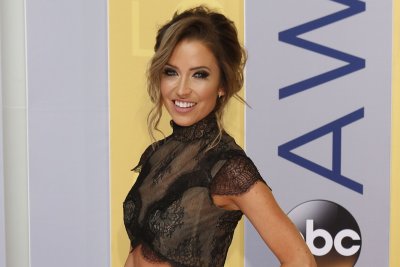 TV // 4 months ago
Two celebs will be sent packing on Monday's 'DWTS'
Monday's edition of "Dancing with the Stars" is expected to feature the elimination of not one but two contestants, ABC said.

Alexander James "Alex" McLean, (born January 9, 1978), known as A.J. McLean, is an American musician and singer. He is a member of the Florida based vocal group, the Backstreet Boys.

McLean was born in West Palm Beach, Florida to his mother, Denise Fernandez, and father Bob McLean. McLean is of Cuban descent. His parents got divorced and his father left the family when McLean was two years old, and he was raised by his mother and her parents, Ursula and Adolph Fernandez. In January 1986 at 8 years old, he acted in his first role as Little Mike in the 1986 film Truth or Dare In 1990, he moved to Orlando, Florida with his mother and grandparents to concentrate on his acting and singing career. After numerous auditions for various Nickelodeon and Disney projects, including the Nickelodeon show GUTS, he landed a role in Nickelodeon's Welcome Freshmen, and in a comedy series called Hi Honey, I'm Home! on which he played a character named "Skunk".

McLean created a character, whom he named "Johnny NoName", to use as his alter ego. He uses it as his name when not performing with other members of the Backstreet Boys. The character has similarities to McLean; for instance, both had single mothers, and lived with their grandparents from a young age. There are also differences - Johnny has been to prison whereas McLean has not.

FULL ARTICLE AT WIKIPEDIA.ORG
This article is licensed under the GNU Free Documentation License.
It uses material from the Wikipedia article "A.J. McLean."
Back to Article
/